I said a pressure drop,
Oh pressure, oh yeah
Pressure’s gonna drop on you
-The Clash

Ahem. Right. So the evening’s training was to try to see if I was still holding the rifle on target rather than letting it just sit there. Warmed up by sweeping up the range (no, I don’t want to think about lead dust toxicity, cheers) and then into the kit and up to the line and did about ten to fifteen minutes of holding and dry-firing before starting in earnest.

The idea was simple – go through the routine as normal, then just before firing, close both eyes and count to 1-and-a-bit in my head and fire with my eyes closed. Safety note: I was doing this alone, on a closed range, and my eyes were closed for all of about 1.5 seconds at the most – this wasn’t a case of “Use the Force, Luke” we’re talking about here, but a specific training drill.

Anyway, the results seemed relatively clear – no matter how good the initial hold and sight picture were, the shot never got closer than a high 10.0: 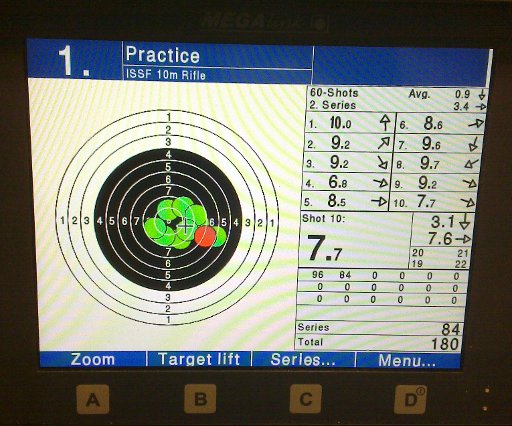 There was such a pronounced bias to the right that I actually shot a ten-shot string as normal, with eyes open to check: 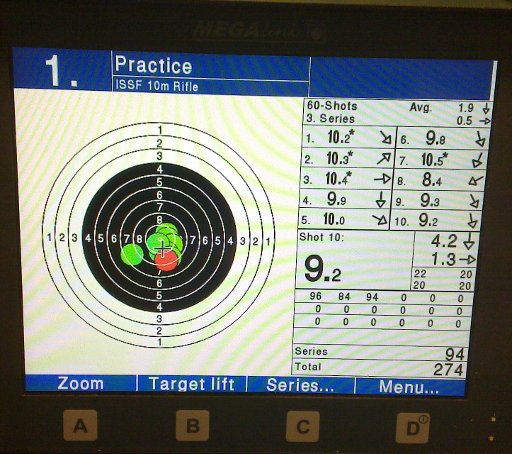 Ignoring that lovely flier (which I think also proves that Matt was right and I’m muscling the rifle about still), the group was nice and tight and off to the right. So I adjusted my position slightly, and shot some more with my eyes closed: 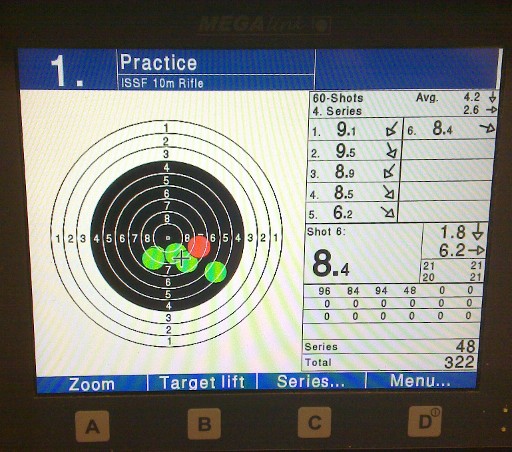 Okay, now that’s a bit odd. I’d expect some loose grouping, even a lot of horizontal sway like that, but I wouldn’t expect all the shots to be consistently low. It was so odd that I stopped shooting that string and tried a few more shots with eyes open: 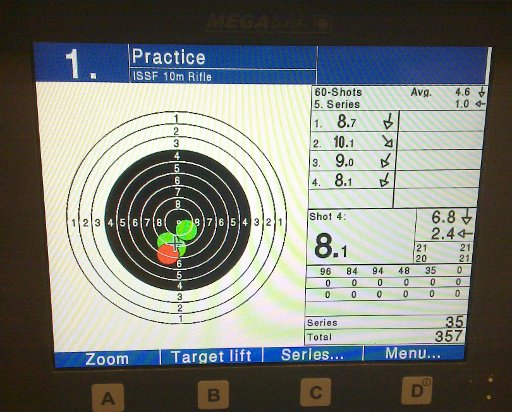 Now during this string, I’m checking buttplate position, I’m checking my inner position especially around my back, I’m paying attention to my elbow placement, looking for what the heck is dropping all those shots low. I mean, this is with eyes open, and the hold and the release all look fine (except, ironically, on the one ten shot in the string). And then eventually, I twig to the problem: 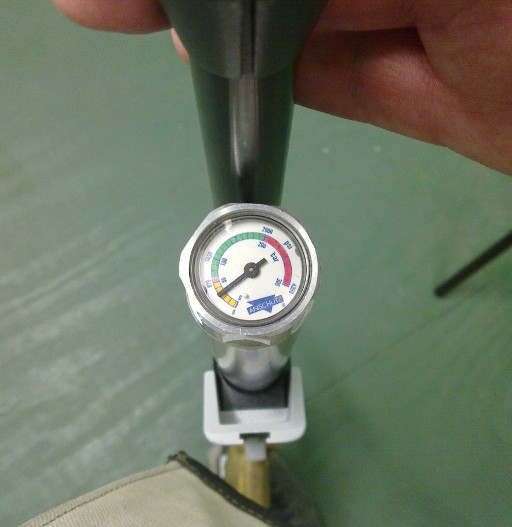 Ah-ha! See, this is the problem with a gauge you have to look down the barrel to see 😀 Pressure’s well into the yellow, the regulator can’t get the pressure up to the standard level (Dammit Jim, I’m a regulator, not a compressor!) and so the shots all fall low. And at that point I throw both hands up in the air (metaphorically, I’m still holding the rifle and it’d be a bit expensive to replace – as in, about €2,750) and wrap up for the day.

On the upside, I didn’t realise it until later, but I was so confident in the shot routine that I was checking the rifle to find the problem, even when I was shooting with my eyes shut. That’s a major improvement on just six weeks ago.