One of the many funny jokes airgun shooters get from people who’ve never tried the sport because airguns aren’t loud enough for them, is the title of “Peashooter”.

I’ve been thinking about that, and I’ve had a fun thought.

How about the NTSA – or one of the airgun clubs – brings in something akin to the old DURC Standards, namely the “Pea Shooter” title?

See, here’s the thing. Your average garden pea is about 8mm in diameter. That’s just inside the 10.5mm diameter of the 8 ring on an air rifle target: 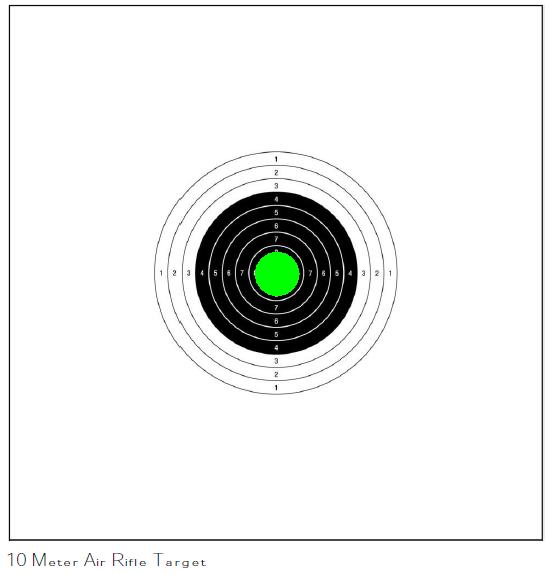 In fact, if my math is right, you have to shoot a 8.4 or higher to hit the area on the target that’s the size of your average garden pea. Which is about the 516/336 level in air rifle, which is a good point for a mid-range novice prize.

Seriously – this might be a neat way to get people to enjoy the first few months of the sport – get some badges made up, like the old DURC standards, it’d be easy enough to measure off the electronic targets, no extra prizes, just a list of “pea shooters” published in the results and rankings, that sort of thing…