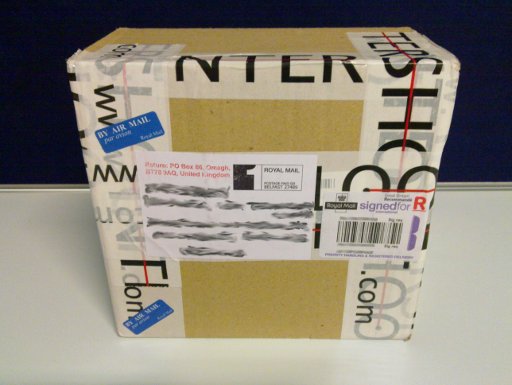 I should probably explain that when we got engaged 18 months ago, herself got a nice diamond ring, and I got new sights for my air rifle; it’s just taken a while to get them all sorted out! But after a few emails with Intershoot.co.uk and some fast shipping, ﻿﻿this was waiting for me in the office mail room this afternoon 🙂

A few minutes with a sharp knife later, and here’s what was inside: 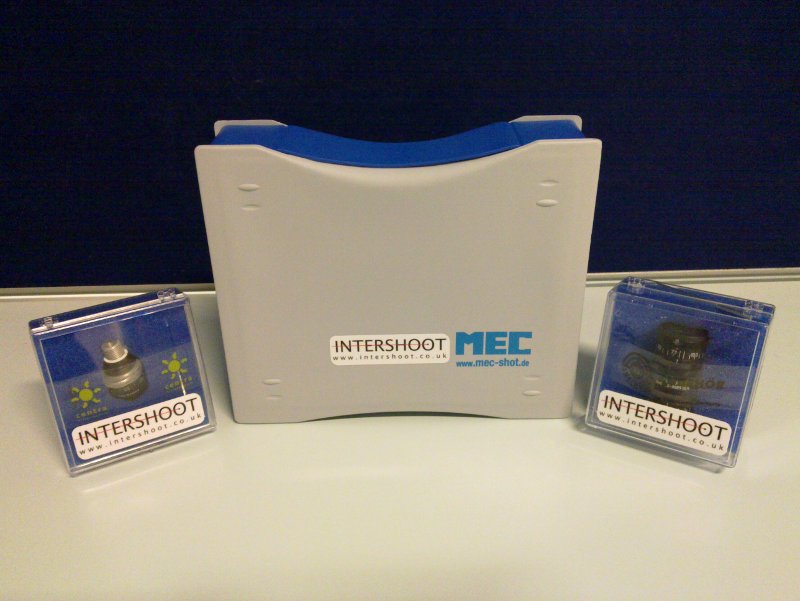 So why new sights? Well, my original smallbore rifle sights went missing (which is a kick in the teeth at a few hundred euros for the set), and I was already having trouble with my air rifle sights in that I couldn’t look over the top of the sights to pre-aim during the shot routine. So the plan became simple – move the air rifle sights to the smallbore rifle and get new sights that I could look over for the air rifle. The choice came down in the end to only a few sets – the Centra 10-50:

or the MEC free sight:

In the end, after looking at all three (and sighting through the MEC and the Spy – thanks Jozef, by the way), I chose the MEC. The 10-50’s crossbar would block the line of sight I wanted, the windage adjustment knob on the Spy would do the same thing . The MEC seemed perfect. 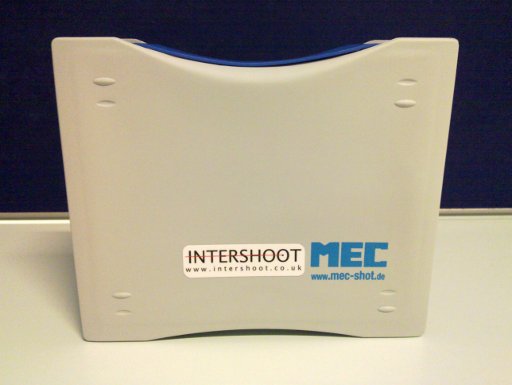 The MEC comes in it’s own handly little plastic briefcase type affair (suitably branded by Intershoot 😀 ). It’s a handy little thing, though I think I’ll be recutting the foam in the rifle’s Peli case to store it there instead, long-term. 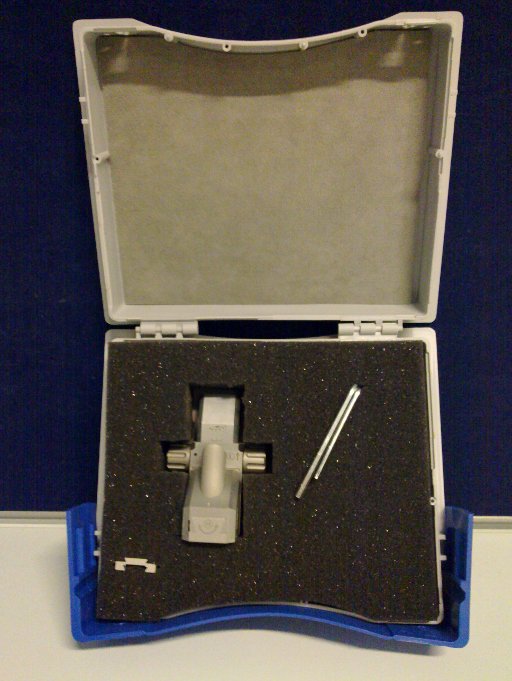 The foam in the case is just a bit too deformable for my paranoia after my original snappy disaster, I guess. Likewise for the new iris and foresight. 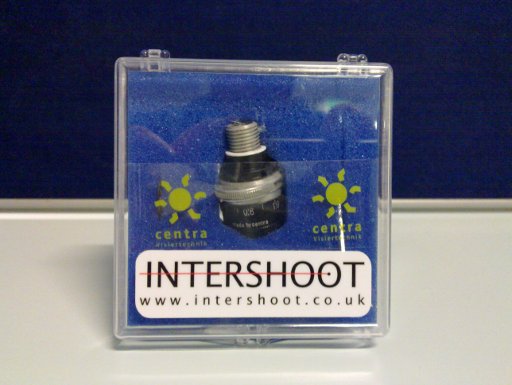 The Centra Tiny iris was a bit of a no-brainer. No point buying a small rearsight and then sticking a giant iris behind it, and the one thing I learnt from the large complicated iris I had for the old smallbore sights was that you don’t use most of what’s in them and the more stuff that’s there, the less room you have when getting your head, your shooting frames, the iris and the sights all into position. Smaller’s better in this case. And the Tiny even has a color filter, so there’s nothing lost in terms of functionality. 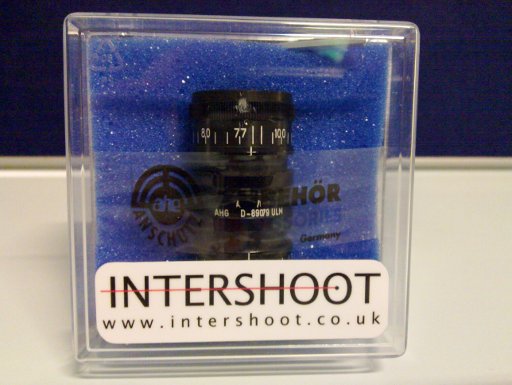 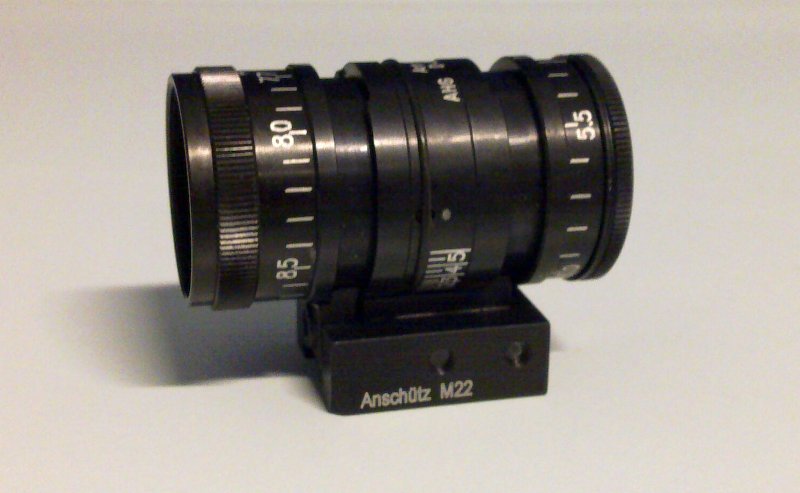 The Centra Duo Glass foresight was a similarly easy choice. I’m sick of carrying a box of foresight elements and having to swap stuff in and out to change foresight size (which you have to do depending on range and lighting in air rifle). I was once advised that it was just another group of settings to have to remember, but to be honest, I have to worry about the foresight settings anyway, so I might as well make it easy on myself when changing them. This is the M22 model with the 3.8<->5.8 range of size adjustment (I’ve never shot lower than 3.8 standing, and I don’t think you should – for prone, yeah, you can take it down to 3.2 on a wierd day, but when standing, I only rarely go down to 4.0, and usually I’ll train at 5.0 and compete at 4.4-4.6 depending on lighting). M22 is a step up in foresight size – I’ve been shooting on an M18 model for a few years now, but I saw the M22 on a few rifles and thought it gave me a better sight picture. Time will tell, but that’s the only real gamble with this choice.

So what about the MEC rearsight itself? 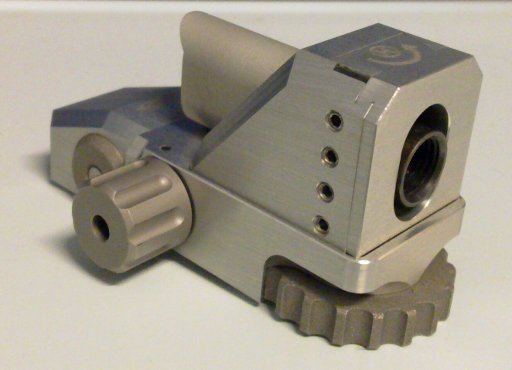 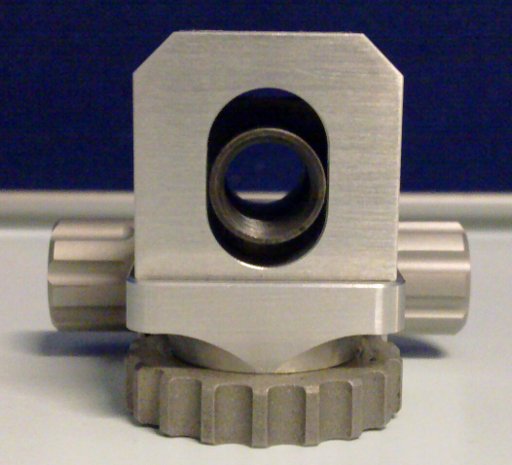 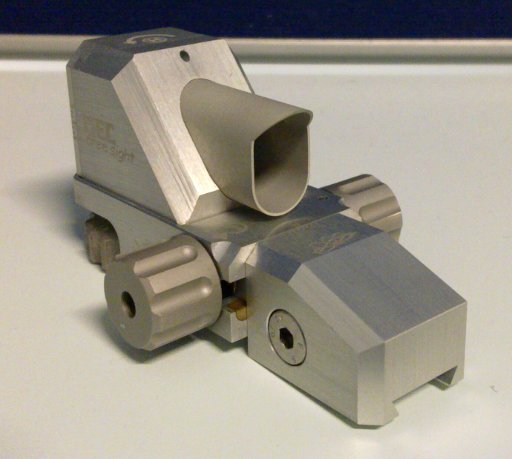 It’s small. Tiny in fact. That’s the first thing you notice. The second thing you notice when you pick it up is how light it is compared to other rearsights, and it’s only then that you realise just how solid it is. This is all-metal construction. No plastic, nothing flimsy here. It has the feel of a very, very solid piece of precision engineering. I was slightly disappointed that it doesn’t cant at the obvious place, but I can live with that.

It’s not as shiny as it looks. The final finish in most places isn’t grimy or anything, but it definitely looks unpolished. I don’t think that’s a bad thing – the Anschutz Precise stock is very highly polished and to be honest, I’m not sure it adds anything. It might even be a problem – last thing you need close to your eyes when you’re trying to aim in bright light is a shiny reflective surface.

It’s also a few steps up in terms of precision – with a standard 80cm sight base, MEC say you’ll get 18 clicks to take you from a 10.0 at 9 0’clock to a 10.0 at 3 o’clock. That’s pretty darn impressive. My old sights manage about 10-12 clicks for that, and the old ones on the 600 series Feinwerkbaus in DURC can only stretch to maybe 4-6 for that. It’s probably overkill, but it’s still quite impressive.

The Tiny iris fits beautifully, you really can tell it’s designed to fit: 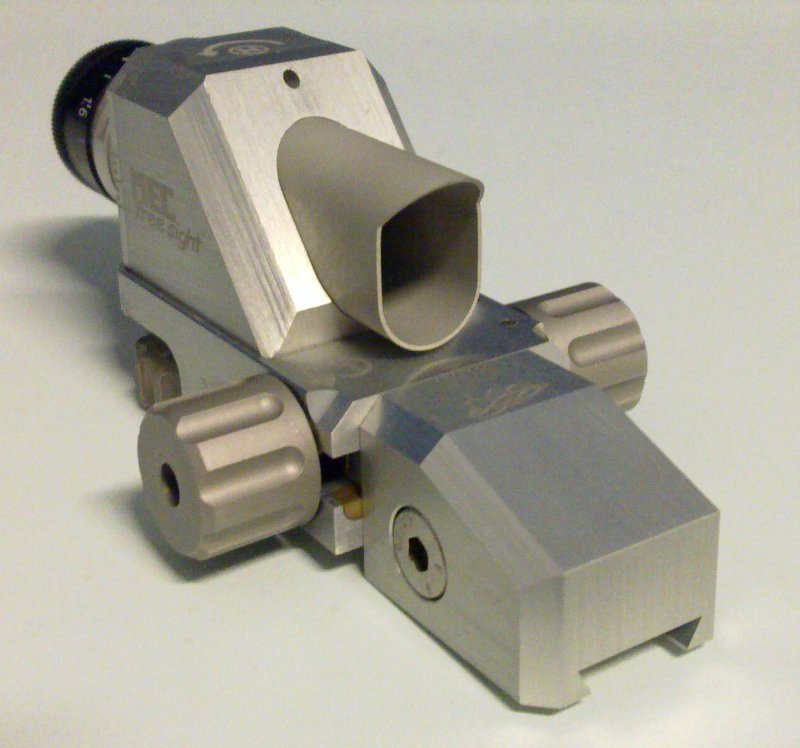 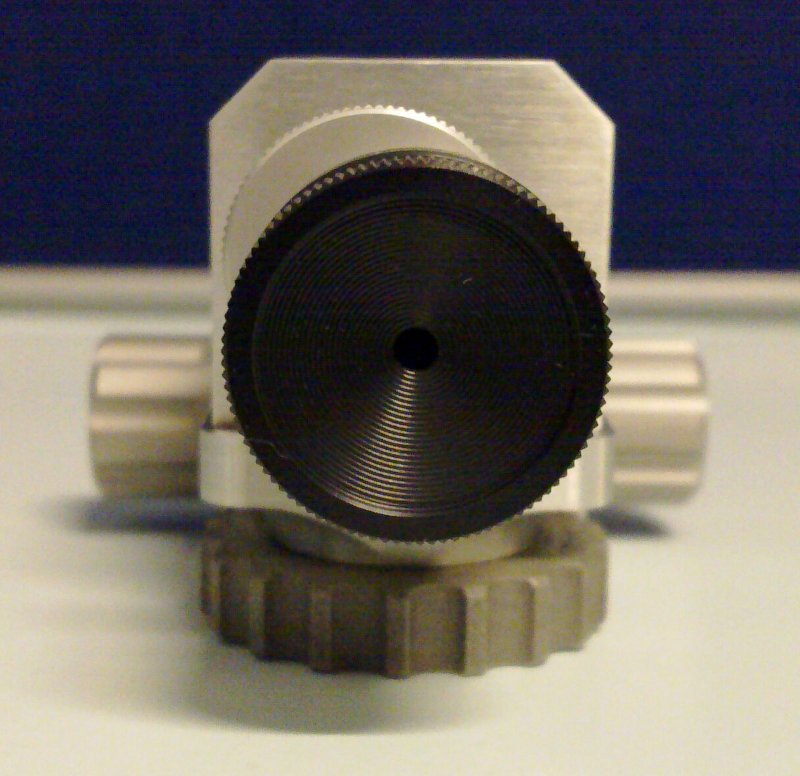 It is a very nice sight picture, you have to admit. I wonder if the alignment of the Tiny’s color filter selection wheel will be of any significance? If so, it can be moved slightly I think, so I could tweak it; but first let’s see what happens.

Speaking of sight pictures, the view through the Centra Duo Glass: 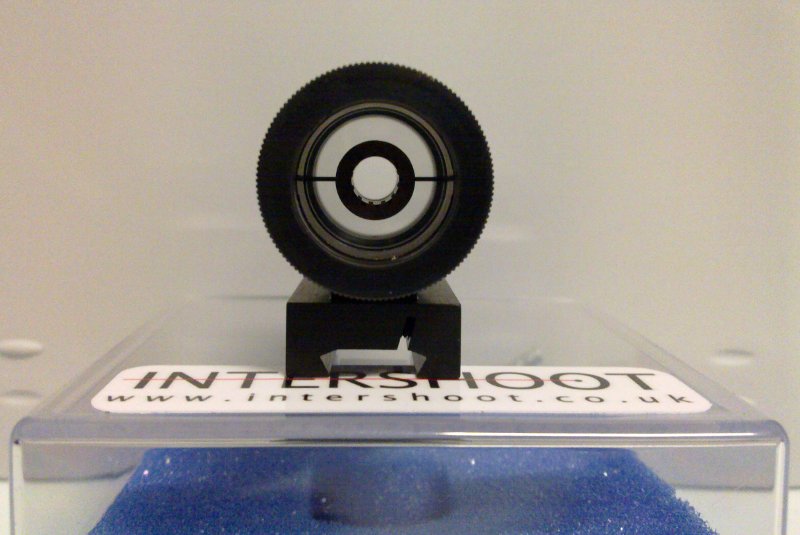 Overall then, some very, very nice pieces of kit, and as soon as my cheekpiece rebuild is complete (and more on that later), I’m look forward to breaking them in on the range 🙂

So it just remains to say to Herself Indoors, thank you very much my love, they’re wonderful!