So tonight became a session with the RIKA to check to see (objectively) how the hold has improved, with some nice results.

Started off a bit late as work ran on, got into the kit, hooked up the RIKA and started dry-firing to get settled, then some warm-up shots to cernter myself, then fired some calibration shots for the RIKA: 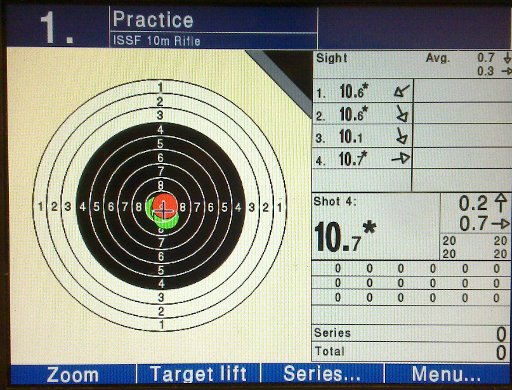 Then we covered the screen of the RIKA (so I wouldn’t be distracted) and shot a few ten-shot strings: 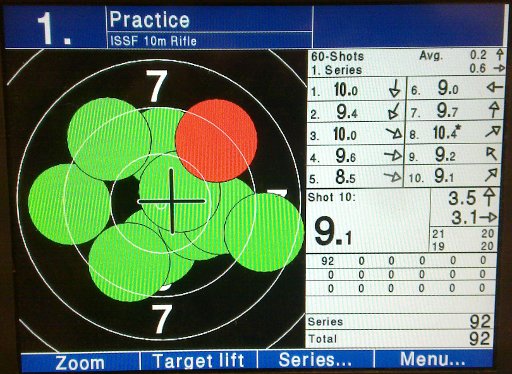 My head was *not* in the game for that one 🙂 Took a few minutes, centered myself a little, and continued on: 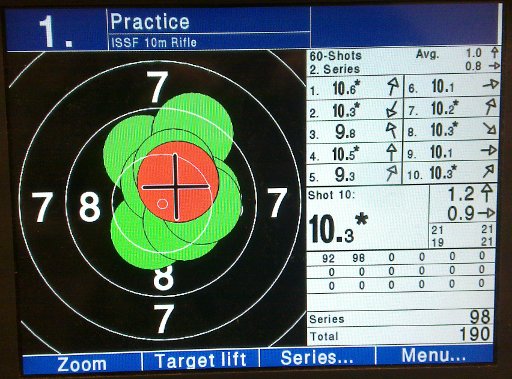 And of course the RIKA didn’t capture that string properly (for some reason the software only recorded seven of the ten shots). So back to the line and put in another ten: 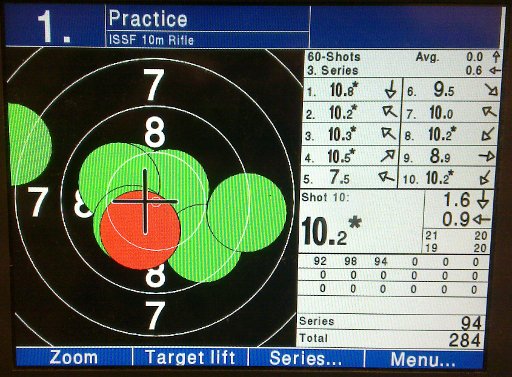 Not as good as the second string, but it did turn out to be instructive – you can clearly tell on the RIKA trace that that 7 is from the trigger, not the hold:

You can also see from comparing with earlier RIKA traces that the hold has gotten much, much better. For example, this was last night: 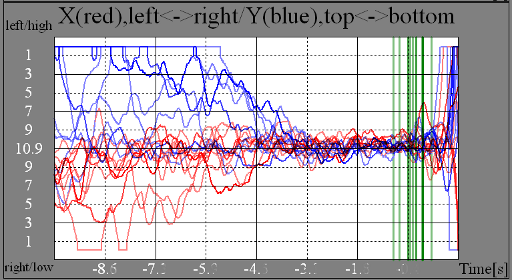 Okay, it’s a bit easier to see with just the trace from a single shot. So here’s a single average shot from last night: 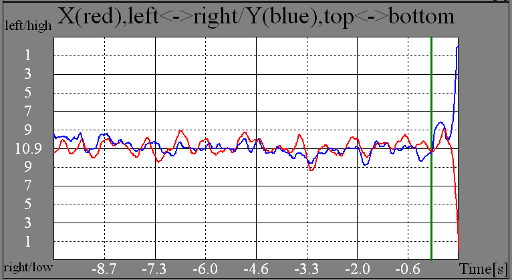 And here’s one from three months ago: 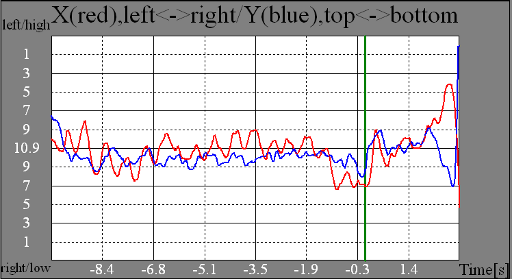 The amplitude of the vertical wobble is about the same, but the left-right wobble is much less and so is the drift (the longer-term wobble caused by sway and other large position problems) – and that earlier graph was the best I could find from that session, but the one from last night was average – there were better ones than that last night: 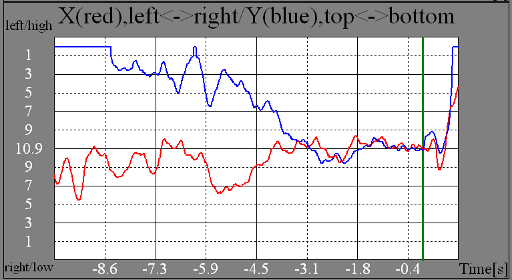 I mean, that’s nearly textbook, right there. Now, to get that to happen every time…. 🙂