When I was shooting a lot of smallbore, I had a small mirror attachment on the back of my rearsight iris as an alignment aid. It worked quite well, so I thought I’d try it on the Tiny iris on the Free rearsight. Trouble was, the Tiny wasn’t compatible with the rearsight mirror I had and the mirrors I’d seen on the Tiny had to be built into the iris itself; and there are just too many tiny parts in the Tiny (har, har) to do the work myself. However, Centra now have an alternative push-on mirror as well. So a few emails with their sales guys later (thanks Johann!) and I had a package on my desk: 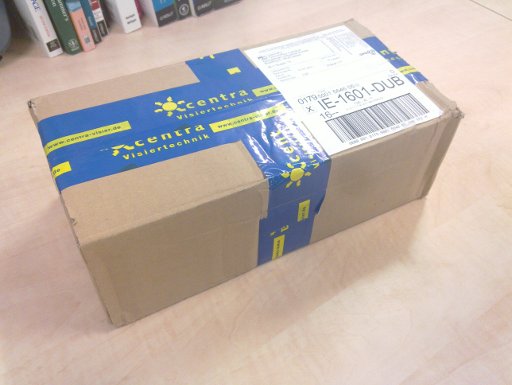 One monumental amount of packaging later, and there’s my new mirror: 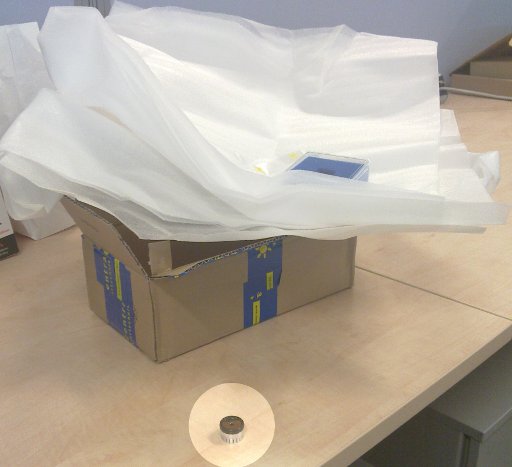 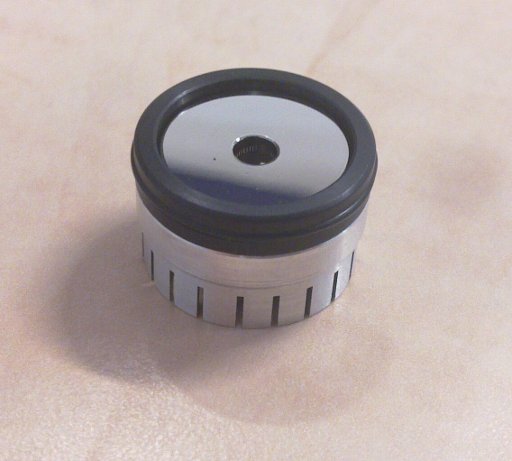 So this evening, after some dry-firing and some live-firing to warm up, I attached the mirror to the rearsight: 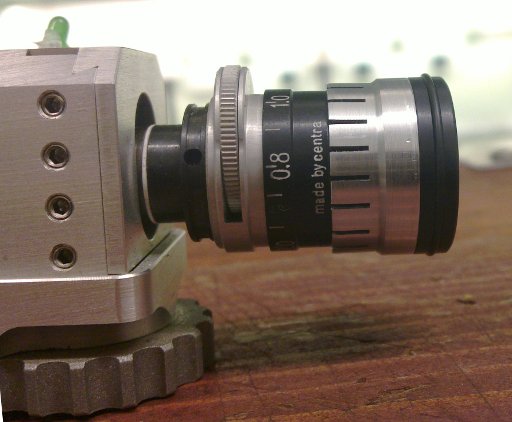 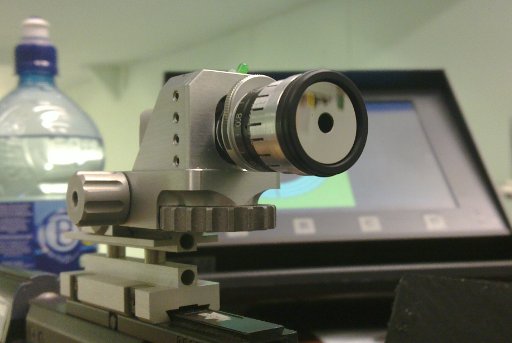 The idea is pretty simple. Here’s the rearsight normally; 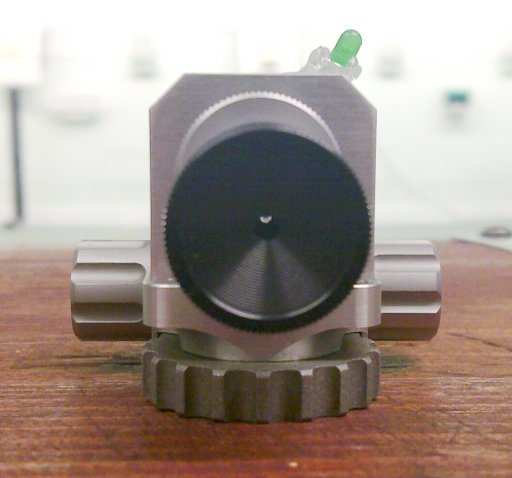 And with the mirror in place, you now have another concentric aperture behind the rearsight iris: 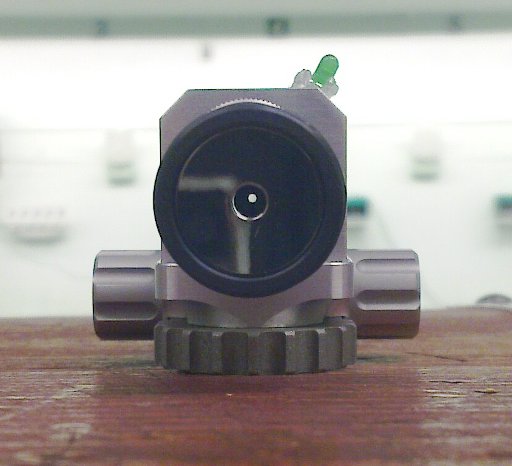 And the idea is that when you look through that aperture with your eye properly aligned, your pupil (which you can see in the reflection) will be eclipsed by the aperture and your iris surrounds it, the way that the camera lens is eclipsed by it here: 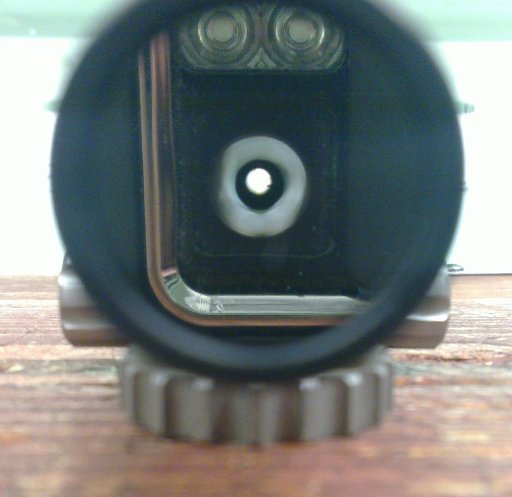 Unfortunately, when I tried using it tonight, it didn’t work as well as it had in the past. I couldn’t arrange my head behind the mirror so that I was looking through the aperture at the same time my pupil was eclipsed. Either I had the eclipse and no sight alignment, or I had sight alignment and my pupil was off in the top right of the mirror looking back at itself (which is more than a little disturbing 😀 ). I tried ten shots with the mirror and ten without anyway, just to see what the groups would look like:

Leaving aside the score as the sights were slightly off anyway, the no-mirror group seems to be the smaller of the two – it would all fit within the eight ring bar one shot which clips it – the mirror group clips it on both sides with multiple shots. Without the eclipsing of the pupil, I’m getting an asymmetric sight picture and my sight alignment seems to be off a bit as a result. It’s not by much, but it’s enough. It’s a bit disappointing really, but I’m not throwing it in the bin just yet – I won’t experiment too much with it until after the UCD match on the 17th, but I’ll try it out again at some point, to be sure it’s not just tiredness mucking up the shooting.