When I started shooting (back in ’94), the sights on the smallbore rifle I started out with(Ah, DURC#8, I remember it well 😀 ) looked like this: 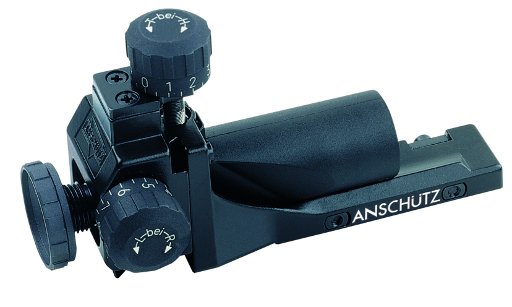 Over the next few years, we got more fancy-looking sights, but they all had one thing in common with these, and that was that the sight remained upright relative to the rail on the rifle, so that the elevation knob (marked with T and H above) operated in the vertical plane defined by the rifle stock and the windage knob (L and R) at right angles to this. This makes a lot of sense if your rifle is held vertically (and indeed, many top shooters now have upright rifles when in position, abandoning older principles of shooting to maintain that, such as keeping your head upright). However, if – like me – you cant the rifle (ie, tilt it towards you), your elevation knob is now working at an angle. This was why I paid a bit extra when I first bought my rifles to get the fancy schmancy sights: 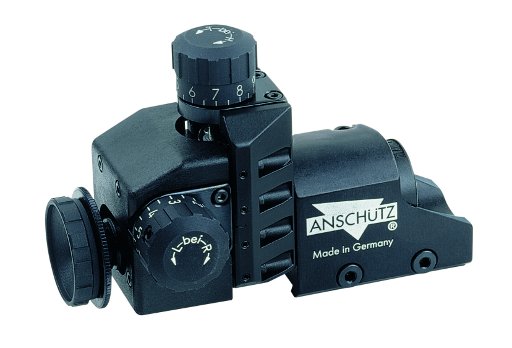 The reason was fairly simple – while the 6827 sights above are fixed, these 7020 sights rotate, allowing you to cant the rifle and have your sights upright, like so: 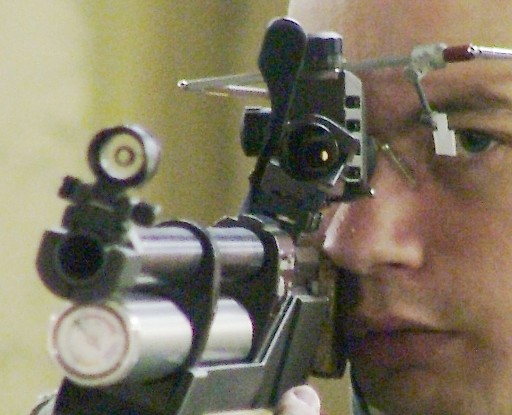 This becomes useful when you have to adjust those sights, for when you’re grouping well, but the center of the group is off to one side of the target. With the sights upright like this, all you have to do is figure out how far left or right you are and how far up or down you are on the target, and adjust the sights directly. But with the fixed sights above, you have to play with angles in your head and try to remember how many clicks up and how many clicks over it takes to move the shot horizontally on the target. Which, in a match, is a pain in the fundament.

Hence the hassle with the MEC Free rearsight. It’s a lovely bit of kit, but it doesn’t cant 🙁 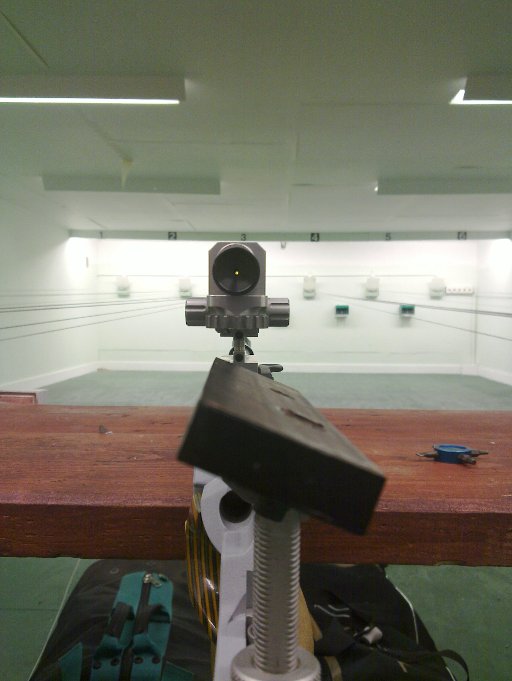 So when the rifle is in position, the rearsight is canted, and that means it’s back to guesswork again. And to add insult to injury, it has two windage knobs – one on either side as you can see – which is lovely and symmetrical, but can lead to confusion when you adjust the wrong one in the heat of a match and move the shots in the wrong direction (because, being on a common axle, they of course have different senses when seen from different sides – you’ll note the earlier sights avoid this by having only one windage knob). And the elevation knob , being under the sight instead of on top of it, also confuses your mental model of how the sight adjusts.

It’s not exactly rocket science, it’s more along the lines of “No, your other left…”, but who needs that in a match? Especially when it costs points and time and mental calm to get it wrong?

Hence a bit of experimentation this evening to make sure I had the sense of how the adjustments work correct in my head: 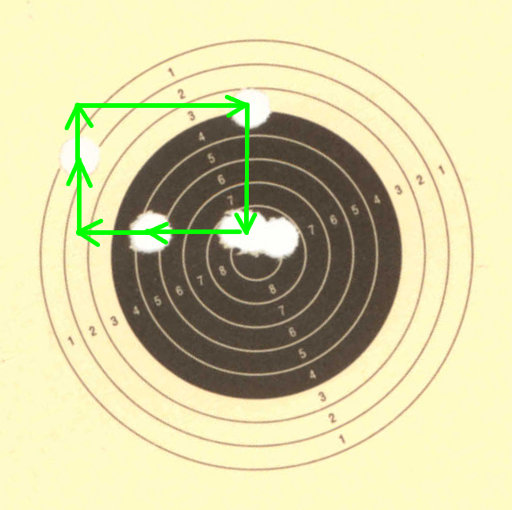 Still only approximate, but good enough for government work…