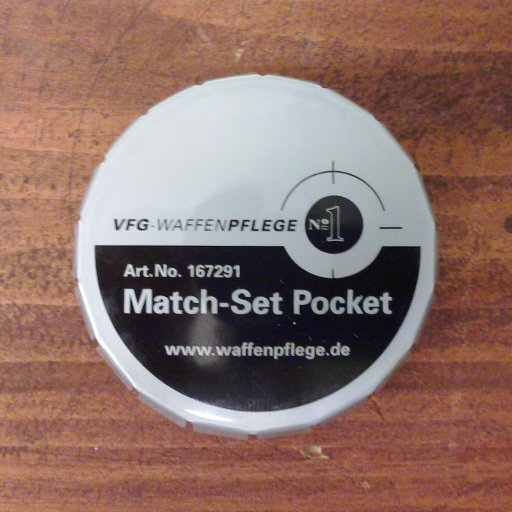 I’ve tried a couple of different types of cleaning kits for rifles over the years, but mostly I’d settled on using the VFG pellets on cleaning rods for smallbore rifle and shoot-through cleaning pellets for airguns – I’d tried using the jags and cloths and so forth before but they’re just too damn fiddly, and as to bronze brushes, well, they’re a great way to etch your barrel as the bits of bronze break off and then get pounded into the barrel by the first post-cleaning round you fire; but apart from that, well, they’re not much use unless you’re shooting fullbore.

But I always had an aversion to pull-throughs for one simple reason, and that’s the crown of the barrel. For those who don’t shoot, the most sensitive part of the entire rifle is the crown at the end of the barrel – this bit:

See, if you use a pull-through improperly, or any other cleaning method, and you let something abrade the edges of the crown (that’s the bit where the hole in the middle meets the end of the barrel, for those still confused), the accuracy of the rifle is monumentally altered in a bad way. And since a pull-through is basicly a steel wire with a cleaning patch or pellet on the end, if you pull it through and don’t take care to keep the wire away from the edge of the crown, you could destroy a rifle barrel (and since they’re worth a few hundred euro, you don’t want to do that).

However, cleaning an air rifle with a cleaning rod is … awkward. You either disassemble the entire rifle or you clean from muzzle to breech, (which isn’t the right way to do things really) and it’s quite awkward to do either, so you wind up doing neither, the rifle barrel doesn’t get cleaned and your group opens out to as much as 8mm for an air rifle – which is not competitive. So I was looking at the new VFG kit. It uses a plastic-coated wire for a little protection and the bloop tube on the end of the air rifle muzzle makes it easy to keep the wire centered coming out of the barrel (you just pinch your fingers on the end of the bloop tube and use that as a guide for the wire). Plus, the kit is tiny – it’s far smaller than the palm of my hand, so it’d take up next to no room at all in the case.  So I ordered one (again, ebay is your friend, though Intershoot carries them as well) to give it a try. What’s in the kit? 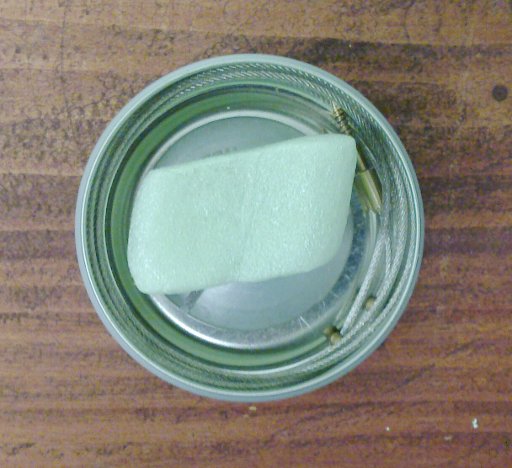 First thing you see when you remove the lid is a large styrofoam packing peanut. Word to the wise – that’s part of the kit, it’s not some packing material gone astray. Don’t chuck it out. You see, beneath it, is the disc you use to grab the wire: 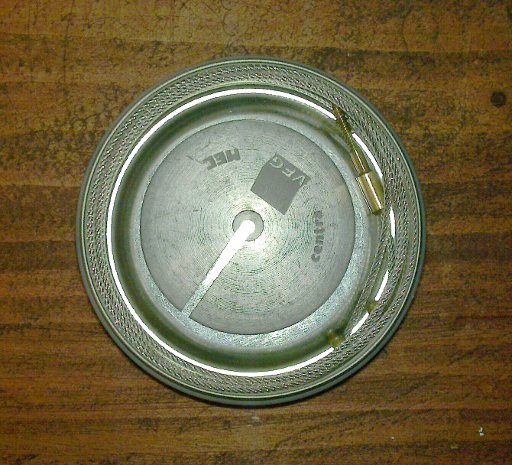 And coiled around inside the case is the wire itself and the pellet adapter on one end and small balls on the end and about a third of the way along, which the disc grabs onto to let you pull the wire through the barrel (personally, I’ve never needed this, finger pressure has been more than enough, but it’s nice to have the option just in case):

I usually keep a few cleaning pellets in the case as well these days. I’ve been using it for a fortnight now, and I’ve become a fan. It’s light-weight, it’s compact, it’s easy to use, and it’s faster than the rod and more thorough than the shoot-throughs (though I’d still use the shoot-throughs after a match and do a proper cleaning session then when I got back home or to the home range with the rifle). It’s very simple to use, just mount a cleaning pellet on the adapter, thread the wire into the barrel from the breech, and pull through – being careful to keep the wire away from the edges of the crown.

Rocket science it ain’t, but it’s one of those nice, simple little solutions…