UCD was an utter disaster for me. A complete kick to the gut. The groups were so haywire that I was sure there was some sort of deep problem with my match prep or shot routine, and that would mean that months of work was wasted.

So last night, the objective was simple – find the cause of the problem. I thought it’d take all night. I set up the firing point just as I had in UCD, and killed the lights at mid-range and the near end of the range to simulate the lighting in UCD (which is much darker than WTSC because it’s a larger space and damned hard to light properly):

And I’m sitting there behind that, in the chair putting on my boots when I spot the problem. See, normally in WTSC I train on that firing point because I have the RIKA set up there and it saves time. But when I set up normally, it looks like this:

Spot the difference? Here, look at the UCD setup in the same lighting:

Hint: It’s the ruler. The two floor panels come together to form a reference line of sorts that I’d been using subconsciously while training, but while that line is parallel to the line to the target, it’s about four inches forward of it. So when I laid down the ruler in UCD and built the position around that, I was building the position perfectly — but four inches to the left of where it should have been. 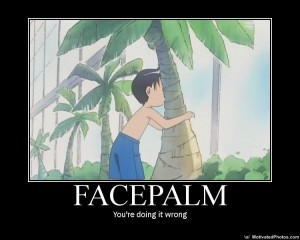 There’s an upside to this — ie. it’s a simple fix. But it’s really annoying that such a small stupid mistake cost so much.

So having a hypothesis that made sense, now was time to test it. First off, ten shots in the UCD setup:

Then ten shots in the normal WTSC setup:

Ignoring fliers, the normal WTSC setup group is smaller (it’s offset, but ignore that, the sights aren’t dialled in between strings), but not by a heck of a lot. But I’ve not shot since sunday, so I have more energy and maybe that’s making the earlier shots better? So five more shots in the UCD setup, because now I’m getting tired and the extra energy that might be compensating for bad setup isn’t there anymore:

I thought that was reasonably good supporting evidence, if not conclusive. And then I remembered that Matt had been ticked at a small flick out to the right he’d been seeing in my shooting all last week, and I wondered if I was still misaligned; so just for fun, I moved my position even more to the right of the target line:

The idea is to be as sure as I can be that the rifle’s plumb line (a vertical line down to the floor from the barrel when in position) is intersecting the line to the target. And this new position seemed to work very well – my balance in position felt much better, and while my triggering was awful a lot of the time, that’s a seperate problem. I’ll be trying this position more in the sessions to come, but I’m quite hopeful for it. Ten shots taken at the end of the session, while tired, looked like this:

Shot seven, when you ignore the RIKA calibration drift (it was actually a 10.4) is what gives me the most hope, especially when I recall that my shooting suit is old and doesn’t fit right, and that I was tired  😀