I’ve had the same earplugs now for quite a while – basic E.A.R. ones: 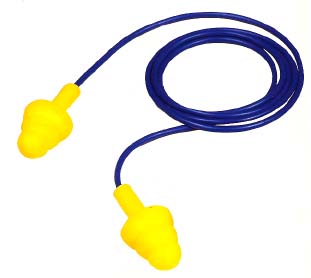 They did the job well, but they have a disadvantage in that they block all noise equally, and that meant taking one out when being coached, and sometimes shooting without putting it back in (naughty, and leads to hearing loss). So during the last kit purchase from Intershoot, I splurged a bit (because decade-old earplugs are probably a bit hygienically unwise anyway) and bought a set of MEC Silence earplugs: 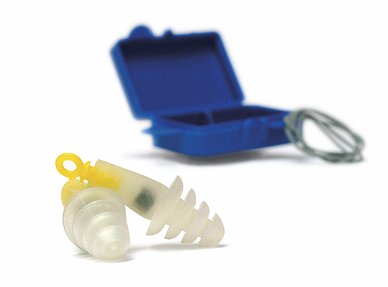 The little black bit you can see in the middle of the earplug is the fancy bit that drives up the price. MEC describe it as a membrane that closes when hit by loud sounds, but which stays open for low sounds, like speech. You can have the little eyes in the end of it like there, or use a plain shoelace for the same job: 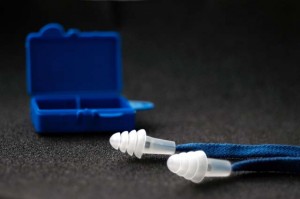 But personally, I took out the string because it kept catching around my neck while shooting and annoying me. Having used them now on the UCD range and the WTSC range, I’m happy with them – they certainly work as advertised, I can talk to Matt during coaching without removing them and they still block or deaden the sound of the air rifle, even with my ear up near the muzzle end (no, not in front of it :D). They’re a bit expensive compared to the E.A.R. ones (they’re about €31 or so), but they’ll last for a few years and the convenience is worth it to me. So in case anyone was wondering if they’re a gimmick or if they work, yes, they do what MEC says they do 😀

I’m now just wondering if letting you hear what’s being said on the range more clearly is a competitive disadvantage (the RO commands are always loud enough to hear, but the chatter in the background from spectators would now be loud enough to hear as well…). More on this after the nationals I think…