Thanks to the inclement weather (ie. the range hitting -16C at one point), I simply couldn’t get to the range for most of December;  thankfully, the UCESSA made allowances in its rules for those of us who didn’t see that coming and so I’ve been able to catch up to where I should be over the last fortnight by shooting a round every time I went to the range for training. Things aren’t going too badly, the scores have been fairly consistent and the overall group for the past four rounds doesn’t have too many fliers or wierd patterns overall: 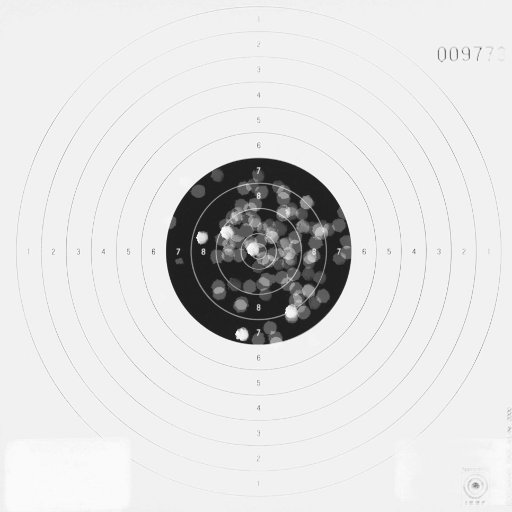 A little off-center to the high right. With lots of shots fired like this, this pistol target diagnosis chart is now of use: 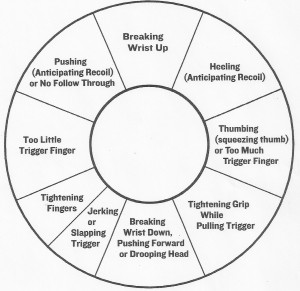 So I guess I’m pulling the trigger a bit rather than pushing it straight back; but it doesn’t seem to be that pronounced, certainly not compared to the overall wobble in my hold. That wobble basicly just requires muscle tone and practice to fix; but to be honest, I’m not sure that’s something I’ll be doing – I do pistol for fun, I don’t really want to train at it as much as I do for rifle. A little shaving off the pistol grip under the pad at the base of my trigger finger might help a lot with the triggering – I notice I have to bend my finger back with my left hand to settle the pistol into the grip every time, and that can’t be right!

Anyway, here are the target scans and scores:

Best round to date…

A bit of a let-down at the last two cards there, caused by fatigue and low energy levels. Oh well.