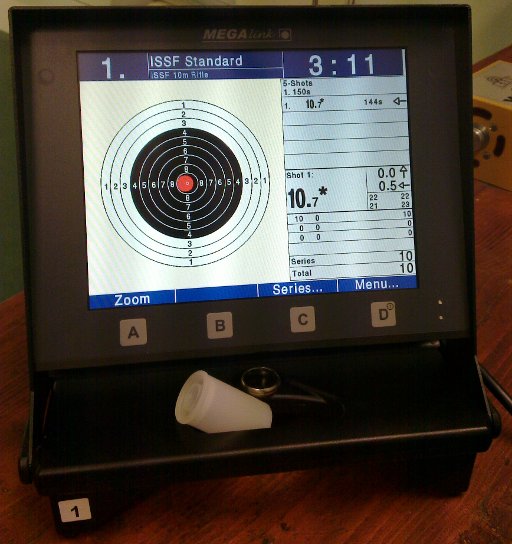 See, the problem is, that looks great. First shot after struggling into the lycra and the canvas and the position, and it goes right through the middle. Perfect. Only, you weren’t warmed up. Which means, that wasn’t representative of how your shooting’s going (not unless you spent a good ten to fifteen minutes dry-firing, which I hadn’t). Over the next few minutes, your spine, back and legs are going to settle and relax and your NPA will shift, so a 10.7 at the start means nothing, but makes you complacent and worried about not shooting a high ten on the next shot. It mucks with your mental game.
Sure enough, the next ten shots had three honking great fliers in them. I spent the guts of an hour trying to get rid of them, but nothing seemed to work. About the best results I had were these: 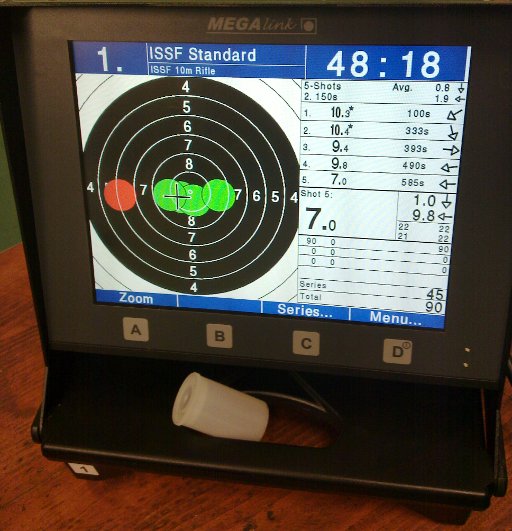 A reasonable-ish group. There’s a fair bit of sway in the hold, but given the state of the jacket, that’s not horrible. The jacket’s definitively no longer fit for purpose at this point, and it’s not really just me getting a bigger tummy – it’s tight across the ribcage when I breathe in, the shoulders when I move my arms and it’s generally too small by a few centimetres in all the wrong spots for target shooting (joints and such). But I don’t want to get a new one now, not while I try to lose weight; getting a custom-made jacket is expensive and awkward enough without having to do it all over again in four to six months because it no longer fits thanks to weight loss. So for now, I put up with it and make do. All the buttons were moved again last night (just before the group above), but it’s still only barely passable at this point. I’m getting the padding beneath the buttplate and the grip beneath the elbow, but absolutely no stabilisation of my lower spine and I’m starting to get back pain as a result, which is a concern.
Matt brought along some lead sheeting tonight, which gets strapped into the stock I’ve borrowed from Geoff, and that’s my home balance practice rig now, along with the Dynair cushions that just arrived from physioneeds.ie : 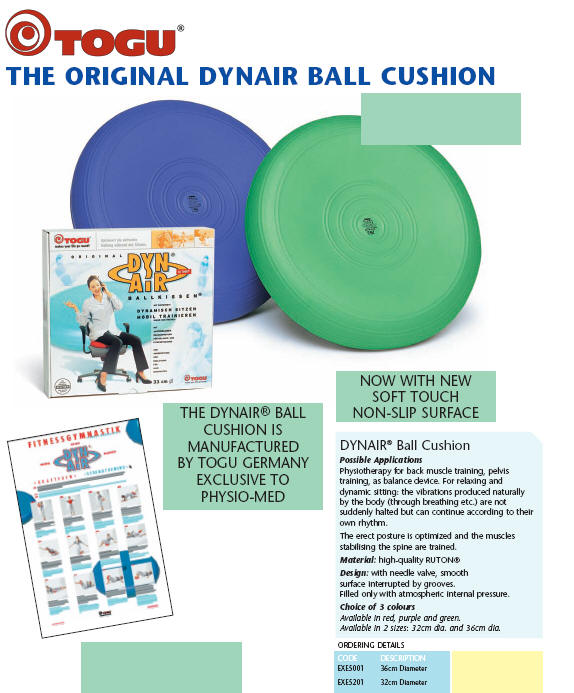 I used these in Kuortane in ’07 and ’09. You stand on them in full kit, one foot per cushion, and do holding exercises; they amplify any balance problems quite a lot, making it easier to work on your balance (by making it harder to balance, if that makes any sense 😀 ). So these will mostly live at home for dry-firing with my new fake rifle, with occasional trips to the range for live-firing exercises. Hopefully they’ll help somewhat.