So back on the range training without kit again. The thinner poloneck I was wearing over the underarmour top is proving worse than useless – instead of stopping my supporting elbow from sliding, it’s just helping it slide even more. Settling into a position is nearly impossible, as the slipping causes you to hold on target rather than rest on target, with awful results: 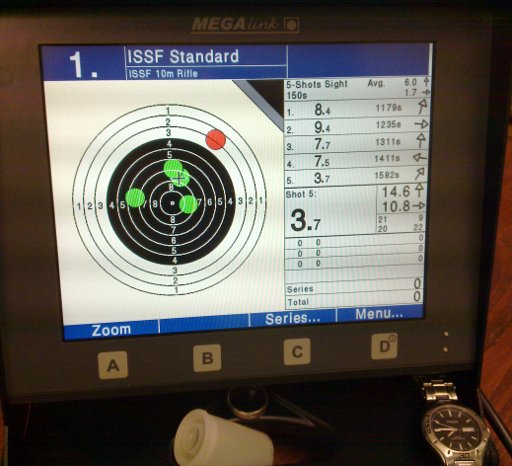 At this point I almost quit and went home, but I thought I might as well try with the rather thick jumper I’d been wearing at work, and it was a good thing that I did – it proved far superior. For this training, I need some padding at the right shoulder to keep the rifle off my pulse, and some grip at the left elbow to stop sliding. There’s no support at all, so you can’t hold position for long or take too many shots lest injury surely follow; but it also means I’m not fighting the jacket when sorting out my natural point of aim, and that’s useful training as well. And the results aren’t bad, considering this is in hiking boots, jeans and a woolly jumper: 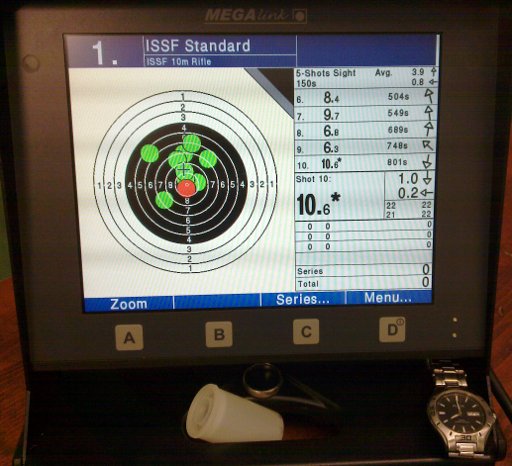 By the end, I was getting the routine right and I could feel it in the shots; it didn’t hold for long, but the target would stop moving, even if only for a heartbeat or three. The key is getting into position and just letting your back relax and moving your hips to balance. Sink, sink, sink and stabilise, ignoring the pain in your back afterwards and swearing you’re going to do more back exercises in the gym the next morning 😀 In full kit, this would be a lot more comfortable and the hold would be a lot tighter.

Some more regular balance work is needed though; so I’ve borrowed an old stock from Geoff to use as a prop. I’ll find some lead weights to get it to the right kind of weight and then it’s just a case of standing there for a few minutes each day, listening to my feet…

Oh, and I shot a card of air pistol too, just for fun (and because the stickers for the UCESSA postal arrived today and I’ve two rounds to shoot in November 😀 ) 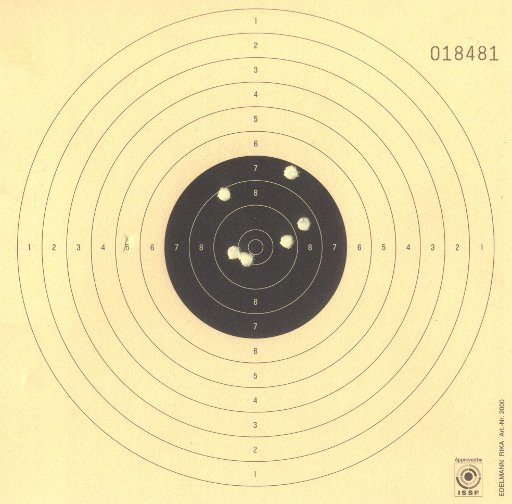