So today was the first chance I got to do any real training on the Megalinks. It wasn’t the best day’s shooting – my gym time was stepped up a bit this morning and I was shattered – but it wasn’t too horrible. Shooting in just the jacket and street clothes is really highlighting my problems with sway and settling, which is good in the long term, but a right royal kick in the gut in the short term. Plus, I’m going to have to start working on core strength before I mangle my back again. 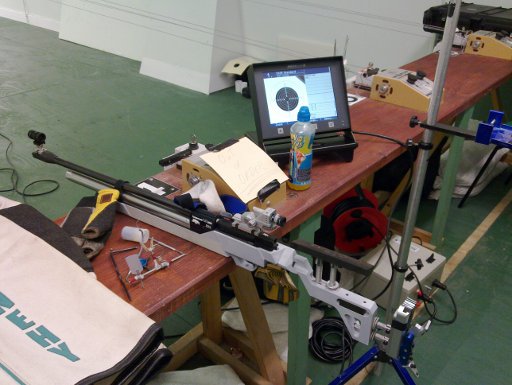 Setup was easy, though I can’t say it was any faster than with paper targets. You notice the noise from the Megalinks after every shot as they wind on the paper roll. You would miss it in UCD over the fan noise; not sure how loud it is in Rathdrum; but in WTSC it’s very, very noticable, even distracting.

As I said, big problems with sway at the start (as well as trying to dial in the sights). By the end, an hour in, I’d gotten something of a handle on things, but I was still getting twitches and serious fliers as a result of them:

So I stopped there as I didn’t think I was getting very far. I need to start doing some balance work every day, that’s all there is to it really. Where the heck I find the time for that, I don’t know.

Since the last day when we set everything up, the second Megalink target has been changed over from air pistol to air rifle, as I thought it would be: 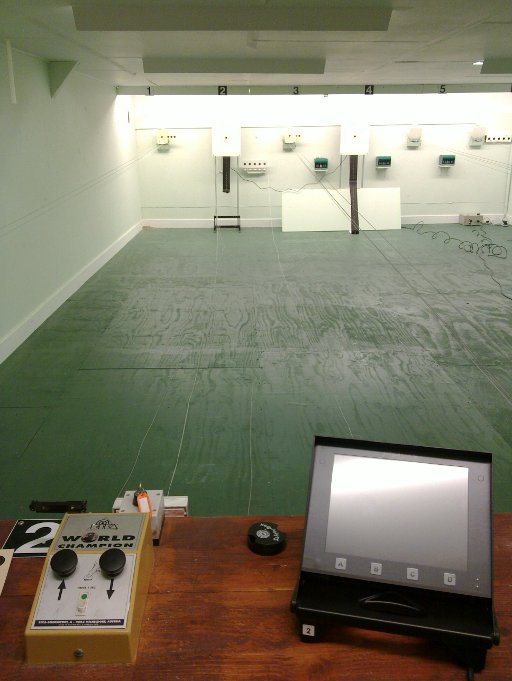 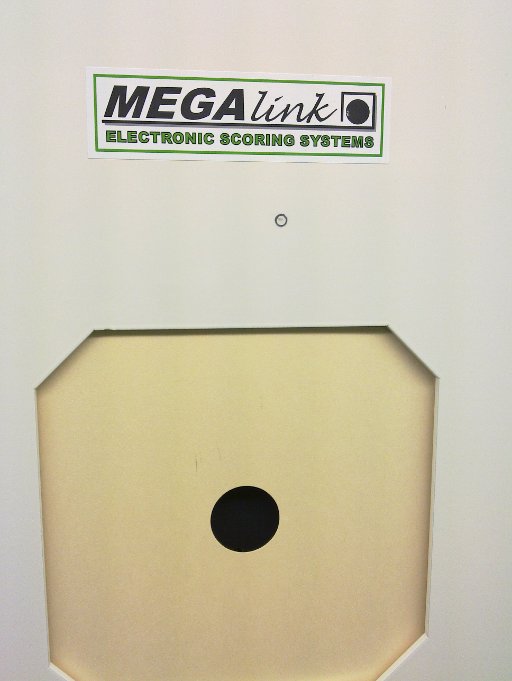 Meh, it’s armor plate, that’s what it’s there for. I bet it was still mortifying though!