This evening was a good range session, which I wasn’t expecting. Last time out, I found my shooting suit no longer fitted properly, because in the past six months I’ve gained too much weight; so this evening I moved two buttons on the suit by about a half-inch for one and a quarter-inch for the other, and didn’t bother with the trousers, I just shot in my street trousers and boots. The jacket fit was still noticeably tight, but at least it didn’t feel utterly off when I was in position, and so I did about a quarter hour or so of balance and position checks with the new cheekpiece and sights setup. 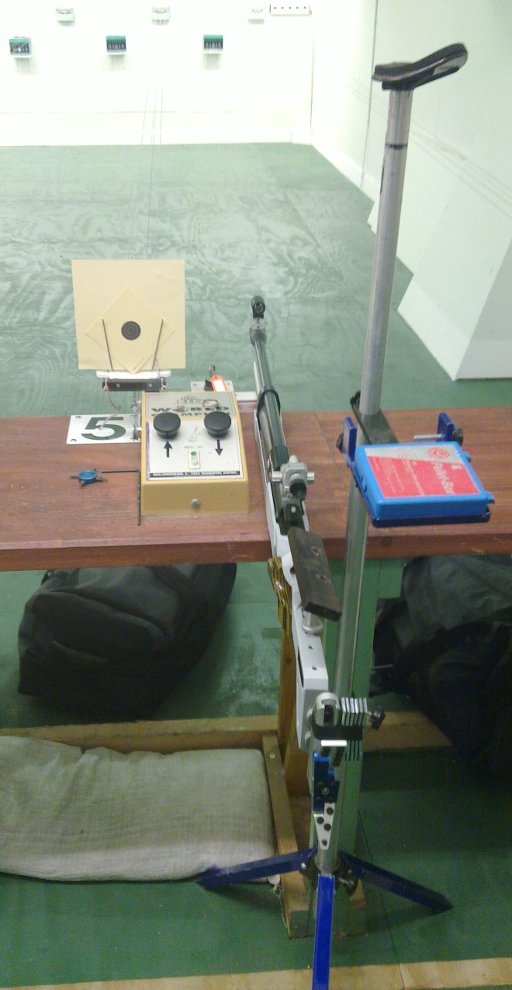 After all that, I did some dry firing and then switched to live fire. First shot went well… 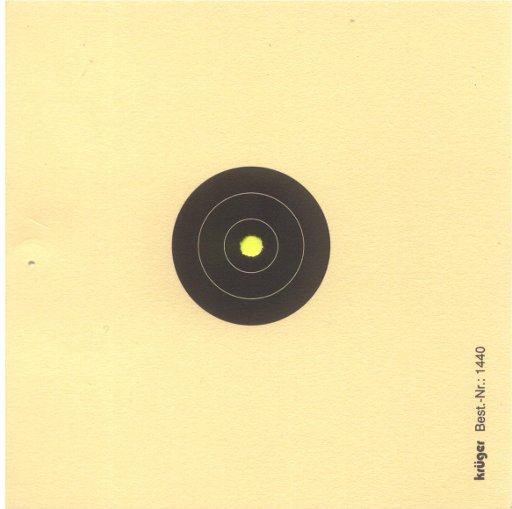 At that point Matt arrived and we did some coaching for a while, working on my position without the support (and the interference) of the shooting trousers. They do stabilise things a bit, but they can stabilise them in the wrong place, leading to the bad habit of subconciously hauling the rifle that tiny bit over onto the target and holding it there; and that never works because inevitably your hold ends up with a lot of wobble and sway, and the position isn’t stable during the shot, it flicks off to one side or another. Maybe not a lot, but enough to produce eights in competition without any apparent cause, which is something I’ve had a problem with in the past. The results were encouraging (five-shot groups each): 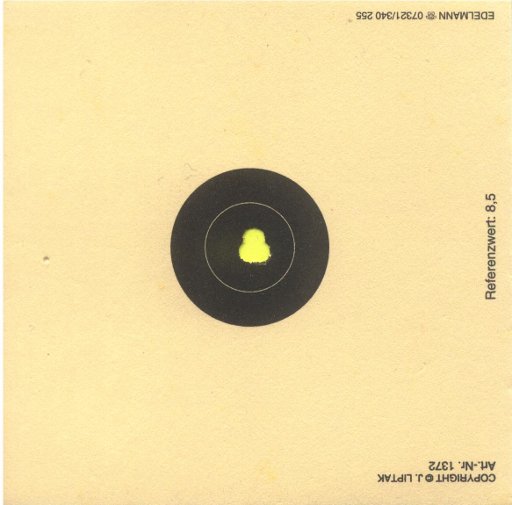 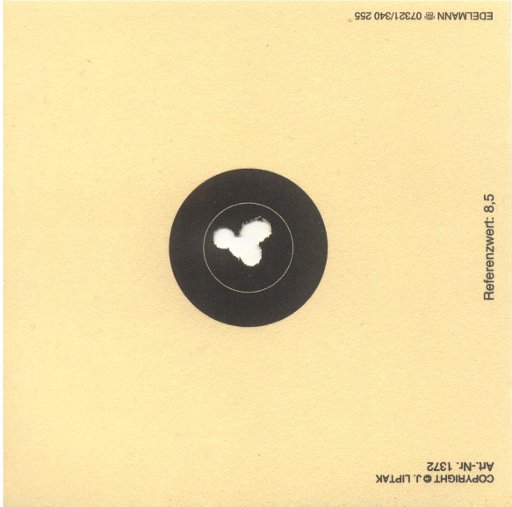 The high flier on that last target were called before I even heard the pellet hit the back of the catcher; getting sloppy as I was getting tired. The flier to the right though was down to shooting before I’d properly settled while in a slightly more upright position (I’m trying to not let the small of my back collapse while shooting). Stacking all the targets, I can still see daylight: 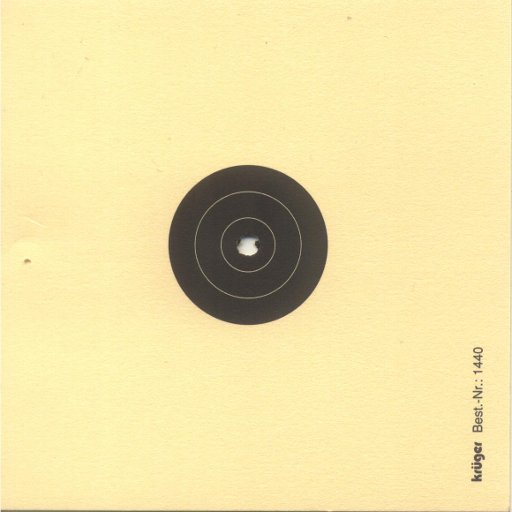 I think this means that training without the trousers has to be worked into my regular training. It also means that I’ll have to adjust the shooting suit carefully to prevent it pushing me out of position instead of supporting me in position (the thing is suppose to prevent long-term chronic injuries from an offset assymetrical loading on the spinal column – ie. holding a heavy rifle in an awkward position – it’s not meant to be used as a fancy bipod).

Off the range, I signed up with the gym out in the National Aquatic Centre, and have an induction/evaluation with their gym instructor tomorrow morning, so with some effort, I’m hoping I can get the weight issue managed. If so,  a new shooting suit is probably on the cards for next year as the current one, fit aside, is just too floppy to be of any enormous use anymore, at least in competitive air rifle shooting.