Was in Amsterdam over the weekend for a brief holiday, and while pottering round the museum district noticed a collection of antique (as in, 17th century) muskets which were used exclusivly for target shooting.

Most interesting to see up close, ours seem utterly tiny by comparison and obviously far more advanced; but the level of artistry in the construction of the firearms was really quite something. Inlays and carvings on the stocks, and all of the firearm components hand-made. 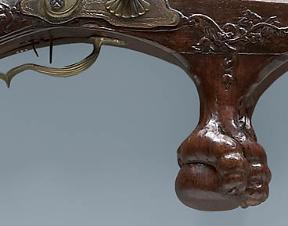 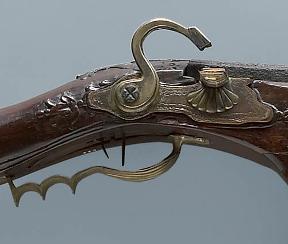 Wouldn’t want to have to shoot the things (they must have weighed at least 15 kilos and probably kicked like a sledgehammer blow to the shoulder, especially as their buttplates were basicly just wood with a metal plate on to stop cracking – no recoil-absorbing pads here!), but they were quite interesting to look at and I can see how people would collect these things.

We know that target shooting was taking place in Europe from very early on (the earliest record I’ve seen is from a competition in Germany where arquebuses – an early form of musket – were used in the 1640s, and the earliest from Ireland was around 1840 or so), but actually seeing these on display in the Rijksmuseum longside grand master works like The Night Watch was nice 🙂 Try that here and you’d possibly get people complaining to the newspapers about inappropriate museum displays 🙁

Anyway, back to Wilkinstown tonight for more training. I’ve forgotten the blasted digital camera though 🙁