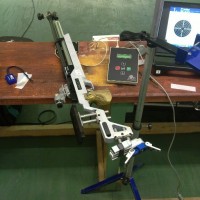 Using a RIKA sensor to evaluate how my shooting is progressing...

You'll have to forgive the lack of a needed swear filter on this piece of video I'm afraid - think of it as a Billy Connelly act without the jokes :D What you're watching is the result of the last few weeks of hard graft and training. This is what it's all been for... 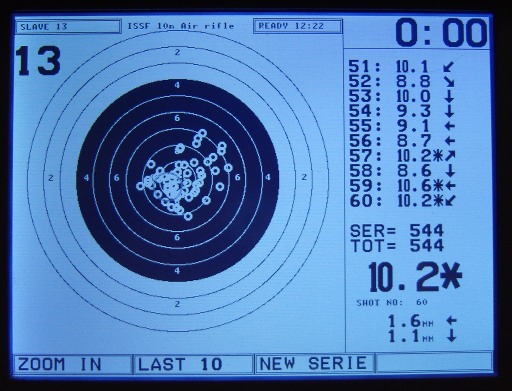 The Irish National Air Rifle Championships 2011 and plans for the future...

ISSF's Youtube channel just became one of Youtubes top three channels worldwide. This proves a long-known point: Shooting, in terms of how many active participants there are in it, is one of the world's largest and most successful sports, bar none. It is also great news for those of us at the lower end of things or even those in other shooting sports, because this drives up visibility and that drives up public opinion and that dictates how laws get formed.

Not a fantastic training day :(

Reclaiming the "peashooter" title for ourselves!

The ISSF announced the dates for the test events for the London 2012 games.

﻿﻿An excellent short (12 minutes) introduction to how to shoot Olympic pistol.

Wilkinstown Target Shooting Club just took delivery of new Megalink targets with colour displays, and this shows how we installed and configured and tested them...