Slept on a bit this morning, didn’t get out of bed until 1000h. We’re not shooting until 1545, no point getting in the way of the folks who have earlier schedules. That’s my story, and I’m sticking to it. It had nothing to do with the -8C temperatures at all, nope. Poor Caroline and Kealan walked to the range for an 0800 detail this morning and with the wind chill, it was down to -17C for them. Unreal.

After breakfast, I figure we’re going to have lunch in the chalet, and then on to the range for around 1430h or so. So I make a batch of chicken risotto, and we hoover that down. Aisling heads off for the range for her match and we get ourselves into our mental game and head off an hour or so after her. The plan’s simple enough:

Preparation is a bit complicated by a severe lack of space. This is your preparation area, in which you must assemble your kit and don your shooting suit (we showed up wearing the underarmour stuff under our tracksuits): 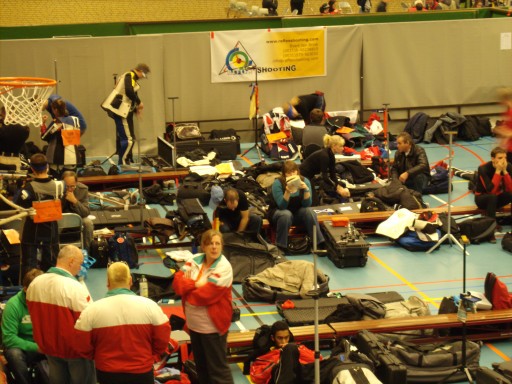 It might look crowded, but that’s an illusion – there’s really far less space than there appears to be! You have the area of floor your kitbag occupies, the area your rifle case occupies, and you try to claim enough room to stand in and that’s it. And apparently this is better than last year. Yikes.

Anyway, I assemble the rifle, prep the kit, and do some wallwatching, then head to the line. I’m right down at the other end of the range from where we were training and the backdrop’s totally different with a big red door in the middle of the field, but that’s okay, and I sort out my position and shoot some decent sighters. But my head’s not really in the game – I’m just not keyed up enough, and things aren’t quite coming together right. 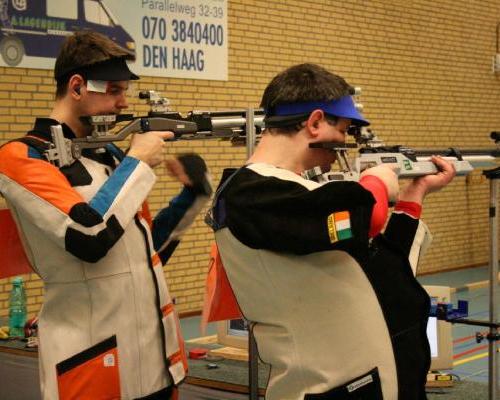 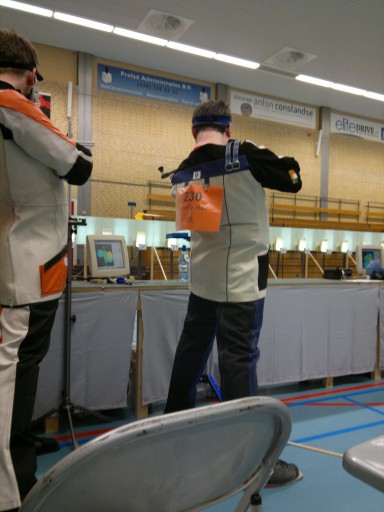 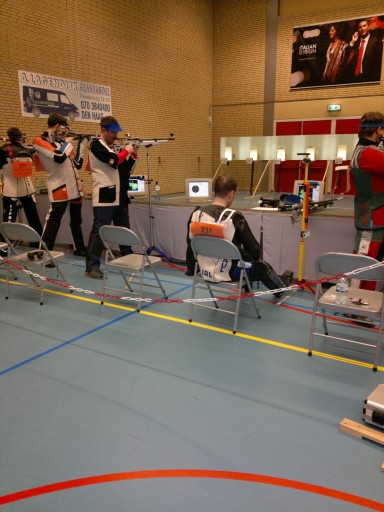 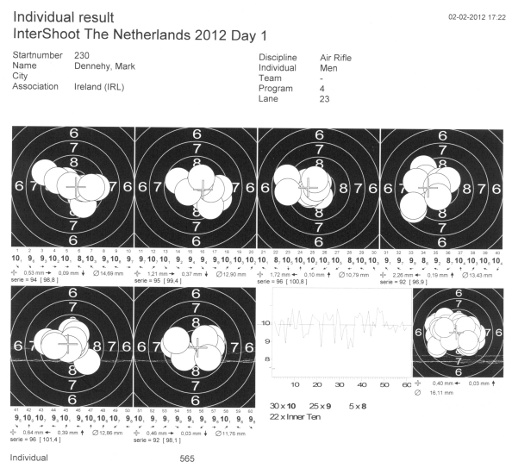 The wobbly settled down during the first string though, and it started coming together (slowly), but then something very weird happened in string four – every shot going into a tight-ish group off to the left. I thought it was position or sight picture, but nothing seemed to throw it, and eventually I got desperate and wound the sights… and that fixed it. Odd. And it cost me a few points too. But apart from the weirdness and my head not being in the game, the rifle and ammo felt fine, and there wasn’t anything horrible going wrong. I talked to Matt on the phone about it, got my head straight and figured to go back to the chalet, get some food (thanks for doing the cooking Caroline!) and some rest and do it all again tomorrow.

And the sauna helps a lot with the aches and pains 😀

In the meantime, Ray shot a 590! New Irish record, and the first time anyone from Ireland’s ever shot that high, domestically or internationally. Booya!