Friday saw more improvement, after finding that a previous effort was based on a false premise. I had been thinking that I was getting my elbow in connection with my hipbone; but as Matt pointed out, it was about three inches above the hipbone and was in contact with the trousers, the belt or the line between the suede and canvas panels on the jacket:

Once we noticed that, we started looking for another way to get a reference for the left elbow placement right. Matt’s take was the same as Geoff’s on this – if we can find a reference in the sight picture, it means that we don’t need the reference on the hip. We also found my cheekpiece position was wrong again after the changes to the hip placement from last week, and fixed that. It’s something I’m going to have to keep an eye on (ha!).

The new pre-aim position is still a bit loose but even as is, it was a big improvement. Basicly, I’m trying to line up the line of the bevel on the rearsight with the center of the foresight: 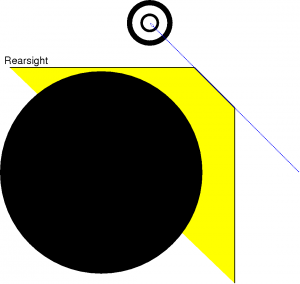 It’s a bit loose but the head position is far better, far more natural. And there’s far less movement between the pre-aim and the aim, which reduces the movement on dropping the head. The overall position is now a lot more stable – this is over ten shots: 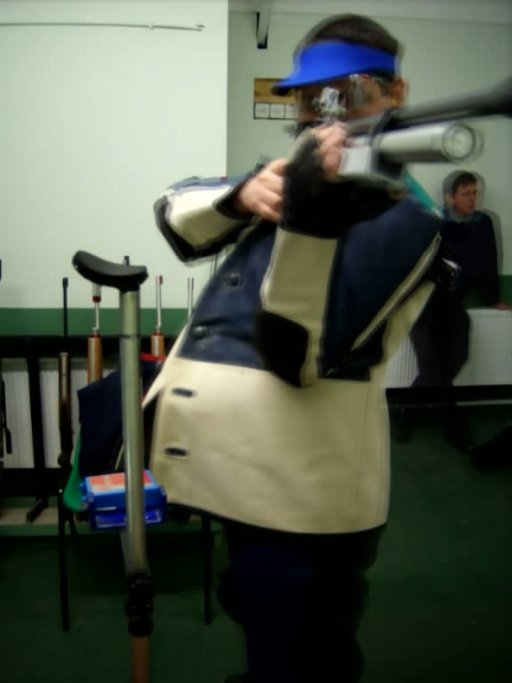 The blur is far better than I’ve seen in competition of late, and the group is quite good considering that there were two or three triggering faults there (a range temperature of 5﻿﻿°C tends to numb the fingers 😀 ): 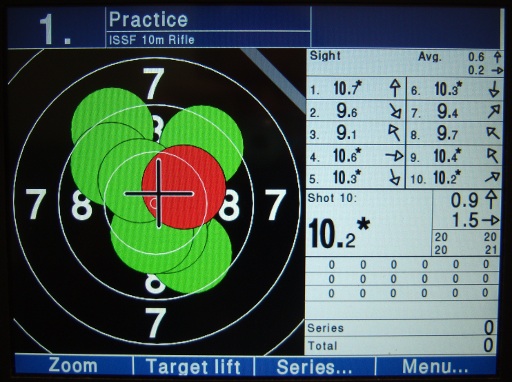 However, it’s still not perfect – taking off the rearsight shows a looser group than Matt would like, so more work is needed… 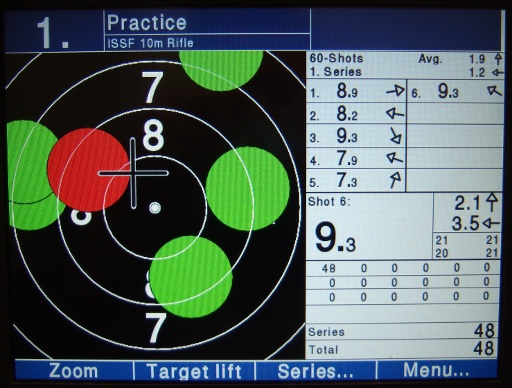