The thing about breakthroughs is that you have to be able to repeat them consistently or they’re just flukes. So for the next few training sessions, the goal is to duplicate last Friday’s performance, even to fine-tune it. So along I went on tuesday with a single object in mind – replicate Friday

After a quick clean-up after the Colours, that is 😀 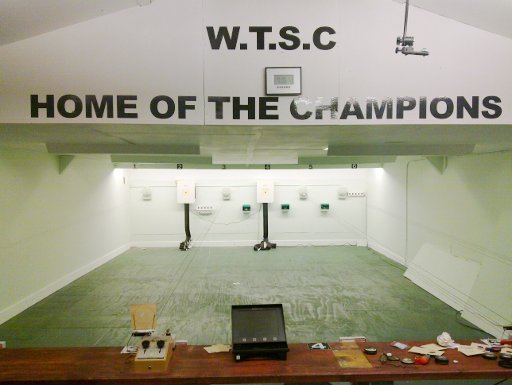 (Actually, it wasn’t that bad at all, just a few targets on the table and twenty feet of tape under the targets. Wish you’d put my fancy ear defenders away though guys 😀 )

So straight in, and first things first, record the new cheekpiece and buttplate position settings. Sometimes a cameraphone is exactly the right tool to have along 🙂 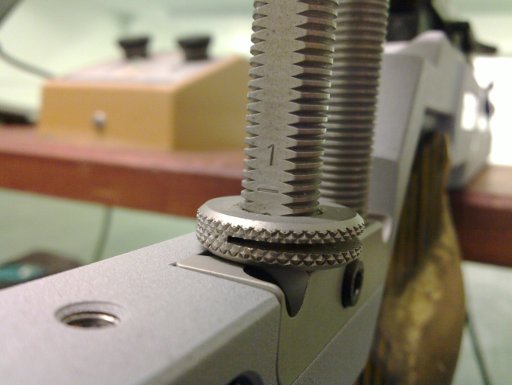 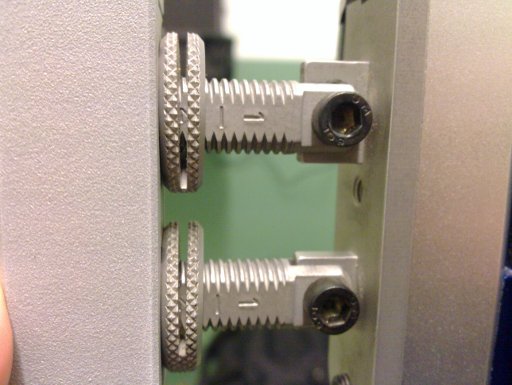 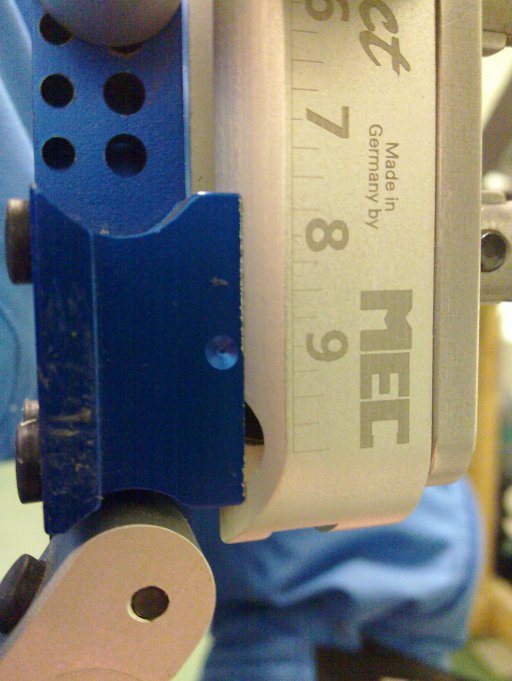 This done, straight into the kit, straight into position, and of course, straight into hassles. The new hand position is easily repeatable, once I’d remembered what the feeling at the base of the thunar muscle was like. But the elbow position just managed to elude me once more. Not by much – it felt like it was very, very close – but I would spend far too long setting up for the hold.

Had to change foot position as well, in order to bring my zero position round onto the target again (it had moved to the top right of the armour plate on the target: 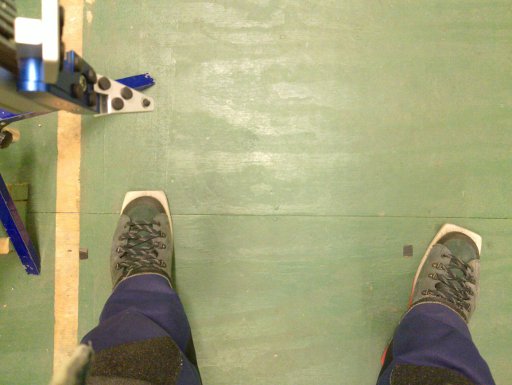 And of course, with the foot position altered, other changes started creeping in. I did manage to keep most of it under control, but the groups tell the story directly – when everything was under control, the position is very solid and stable; but if I let the elbow go off even by a little, or let the hips swing up too far, everything goes off to one side or the other: 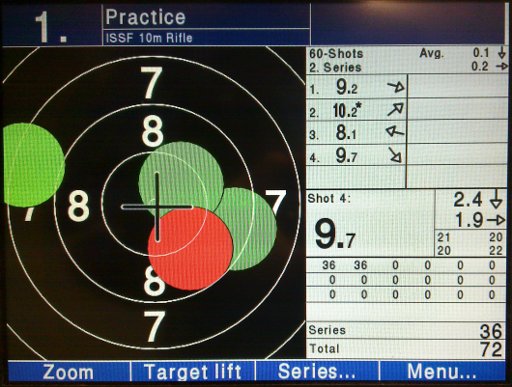 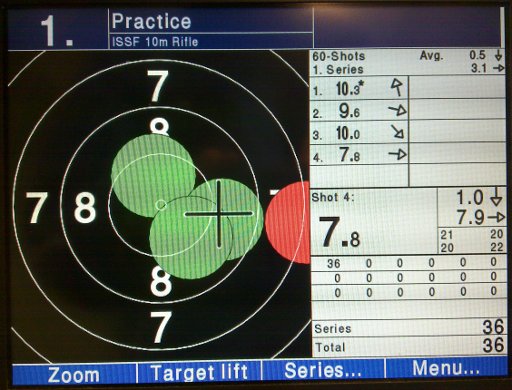 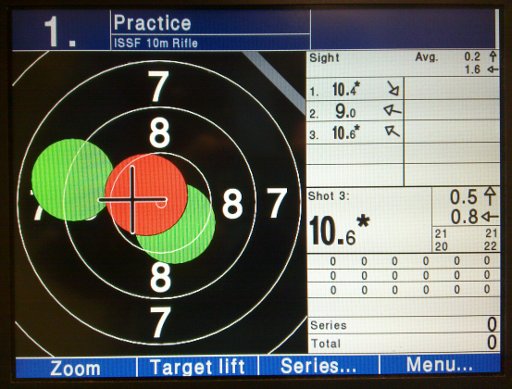 After some discussion with Geoff, I have a plan to try to combat this – thursday will see  a slightly wider stance to try to combat the hip rise and make the elbow positioning more consistent. And the (now repaired after its near-fatal accident) camera will be going out on the new arm to get some better photos – trying to photograph your position for diagnosis with a hand-held cameraphone is worse than silly 😀