The last qualifier for Intershoot 2010 (and the first for the European Airgun Championships) was this sunday, and UCD held it as an Open shoot (though the weather acted to close it right down again, with most people snowed in). I knew going in I hadn’t found and fixed the problem I was having over the last few matches, so I made sure to charge both cameras to get video footage of the match and John was kind enough to send me the raw data from the Megalink targets as well, so I was able to do a bit of analysis afterwards.

Mind you, when the raw data says you’re all over the shop, analysis isn’t going to be terribly precise!

First up was to go through the video, taking freeze-frame snapshots on every shot. I’d set up both cameras to record video, the high-def camera in front and the new camera to the side (in retrospect it might have been better to do it the other way round…). Of course the high-def camera’s battery died only an hour in (WTF? Maybe the cold…) so I didn’t get full coverage there, but the new camera lasted through to the end. Looking at the highest scored shot both recorded (a 10.6 on the second shot), the position looked like this: 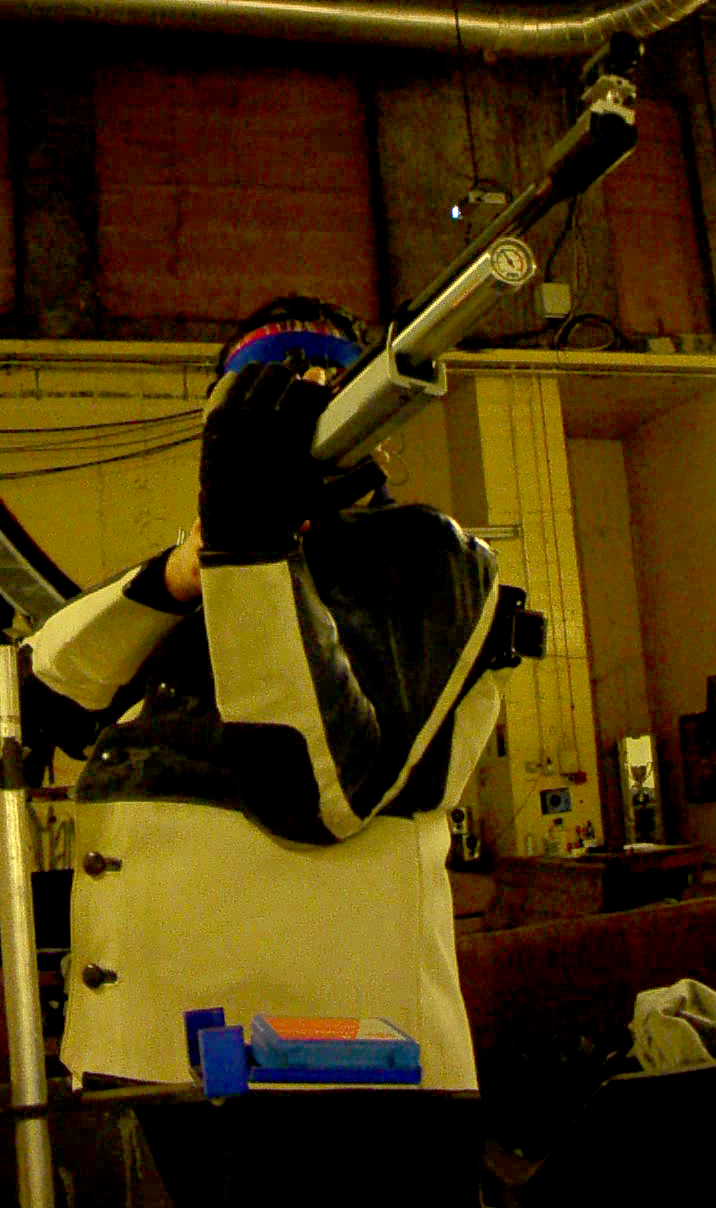 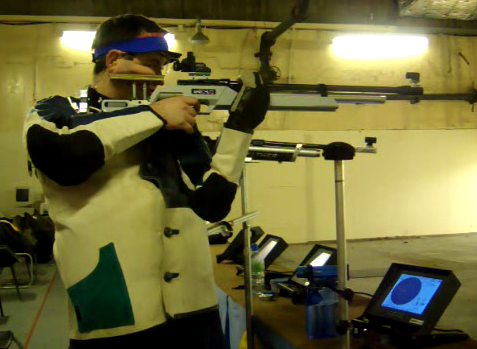 It’s not too bad looking, but how consistent was it over the match? Here’s a composite image of every one of those screenshots, superimposed. The blurrier the image, the less consistent it is… 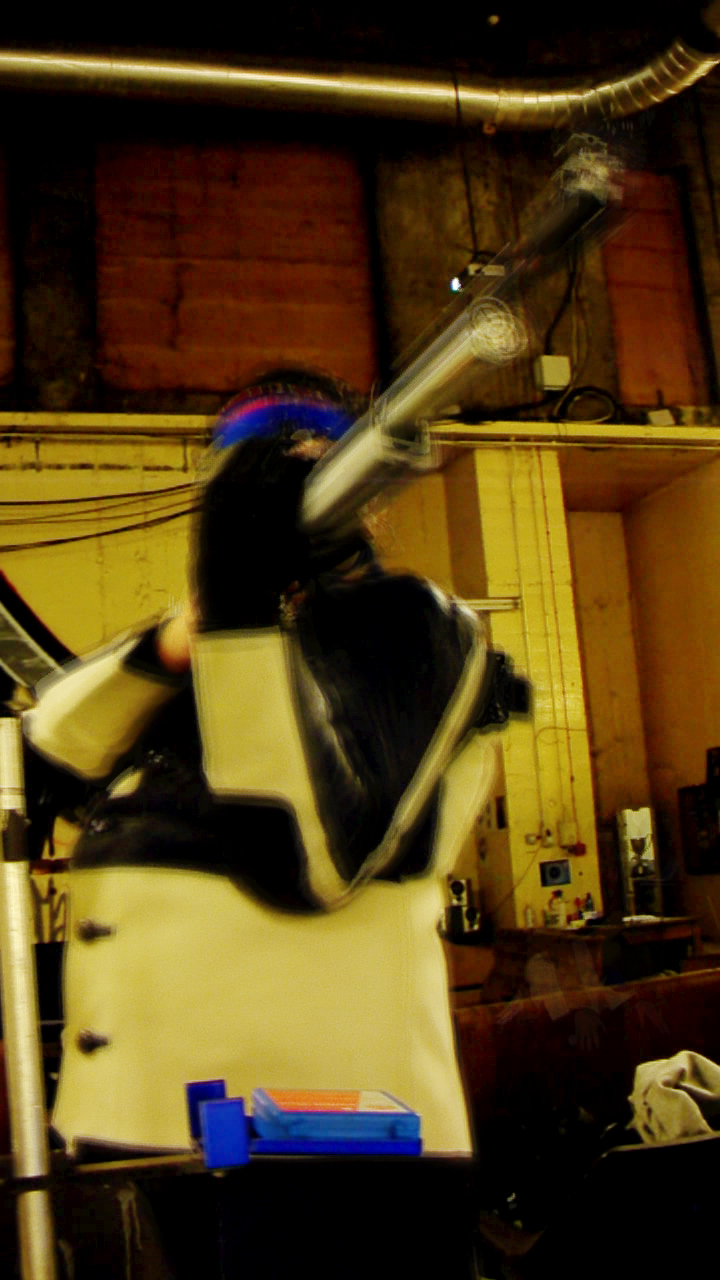 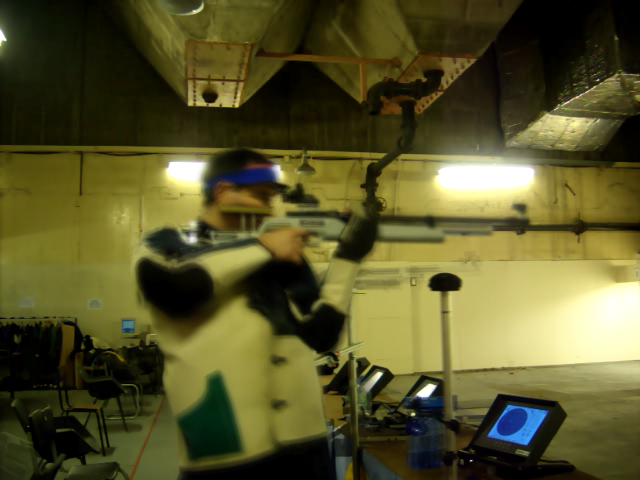 When you look at the images as a stop-motion video (after the fold, along with more analysis and graphs), it’s even more apparent:

Not so great, but not as bad as it was last time I suspect. The final score was 554, a bit up from before but it still felt loose and there’s a good 20 points in there to nab easily, from the way it feels right now. 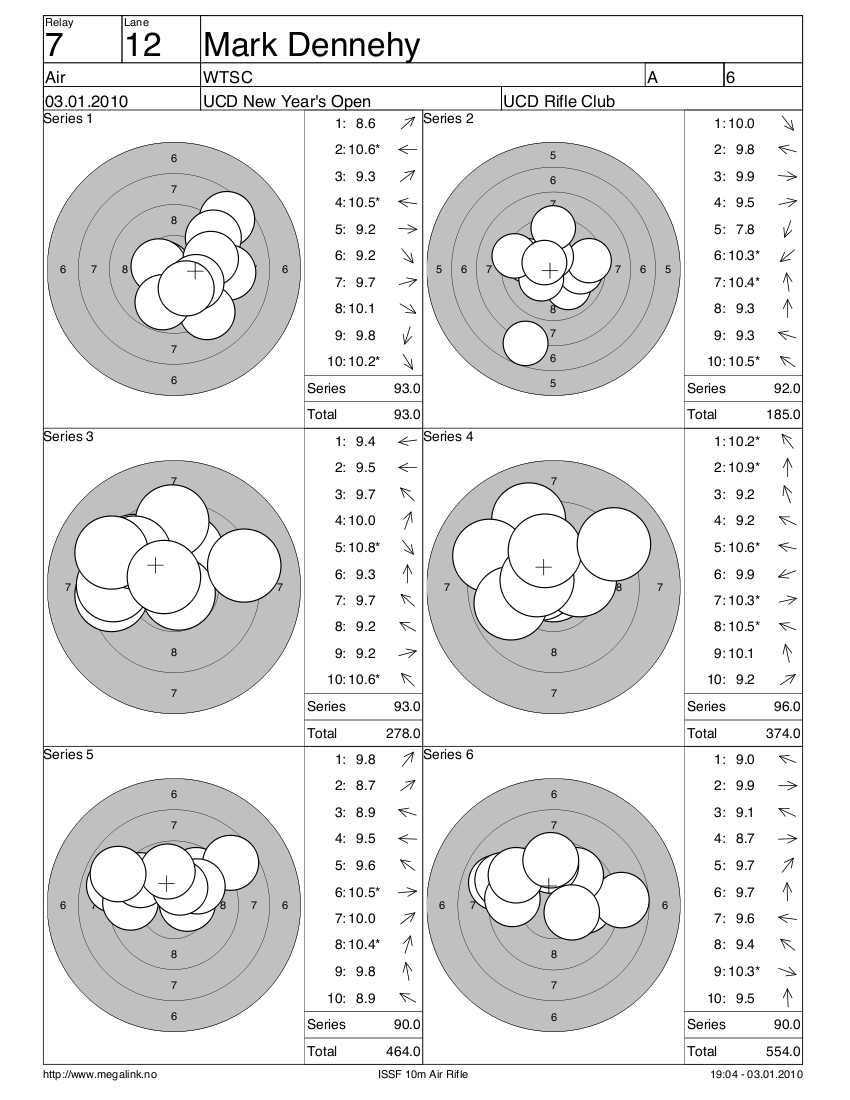 Going through the raw data shows a few interesting points and an obvious trend or two. First off, you can see that shot time is an issue:

For the first half of the match, shot times never dropped below a minute and I was clearly taking too much time. The last half of the match was under severe shot pressure as a result, and as the larger amount of green (tens are blue, nines are green, eights are yellow and sevens are red) on the graph shows, the score suffers as a result of this.

It’s perhaps easier to see here how the shots speed up towards the end:

The actual hold felt more or less okay, but the X-Y plot of all the shots shows that there’s still much horizontal sway to work on (the red cross is the average point): 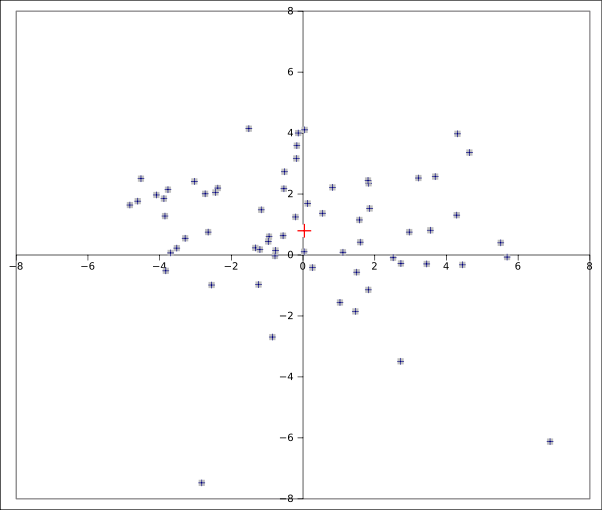 Discounting the fliers (one of which was the first sighter, one of which was a mistrigger), and remembering that the average edge-to-edge group for an air rifle is around 8mm (if you don’t batch test the pellets, according to Air Rifle Shooting), which makes for a centre-centre group of 3.5mm, the plot looks like this: 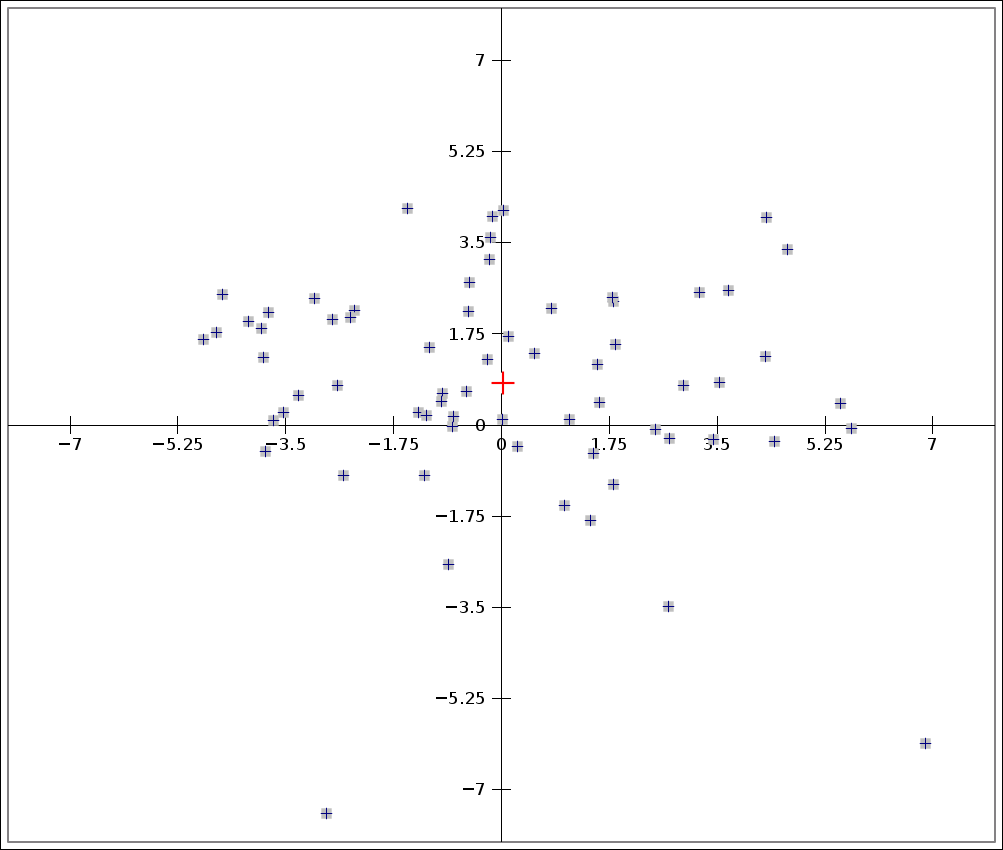 So basicly, the hold is three times the rifle’s in the horizontal plane and twice it in the vertical plane. So there’s a lot more work to do before I need worry about batch testing for pellets — even if it would help right now, I couldn’t tell if it was working or not!

After those obvious trends, there are one or two oddities. For example, plotting XY values against the time taken for the shot  in a bubble plot looks like this: 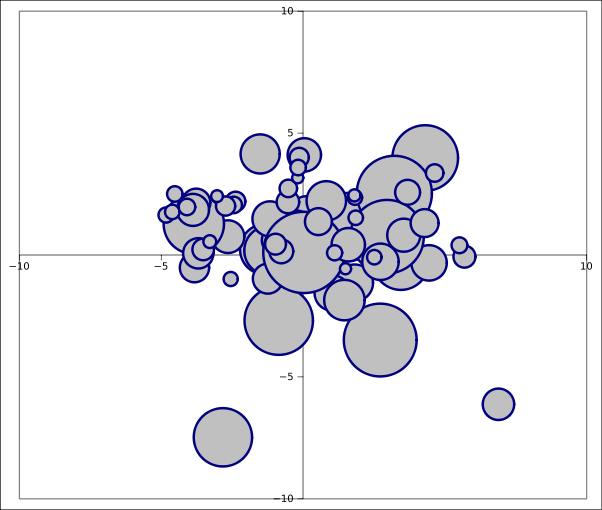 There’s not much of a trend to pick out there, apart from the point that there aren’t any wierd fliers that were taken quickly. All the wierd and hinky fliers came from shots that had long (over a minute) shot times. Incidentally, I’m not holding for the entirety of the shot time, that’s just the entire time taken for loading, mounting, aiming and firing the rifle and most of it is spent getting to the point where I’m holding and aiming, which only lasts four to five seconds at most, judging from the video. But speeding that up is still a good idea. The fast shots are all okay – just not great, while the slower ones can be great… but also can be worst than the fast shots. If I could tighten up the hold a bit…

The histogram of scores isn’t too bad. Needs to be shoved more over towards the right, obviously 🙂 There was one happy 10.9, as anyone watching could tell:

Also on the upside, the new setup for the stand works perfectly, it’s far more convenient:

I’d still like it in closer to the line to the target, but that can’t happen unless I can sort out the mount of the rifle so I don’t need to take it quite so high:

There’s also still a problem with the sight picture. Whatever is causing it, it’s hard to get a handle on it, it’s a bit subtle. There’s some reflected light or something causing an issue – closing my left (nonaiming) eye during the match was resulting in a different sight picture – that shouldn’t happen. I’ll have to work on it a bit more…