A better day today by far. Up again at eight, breakfast again (and little in the way of polite restraint here, it was shoveling in the protein and carbs with dedication) and onto the range by nine. A talk at the range by Jozef Gonci on the one shot routine and then getting the kit together and getting on with it.

After yesterday’s fun with my eyesight, I’d bought a baseball cap. Which doesn’t sound rational, but the plan was to use the peak to block out overhead light, and blinders for either side. This worked, sort of. Daniel leant me his MEC visor, one of the neoprene ones that deform when the peak hits the sights, and it worked far far better. That’s one on the must-get list on returning home. With the visor and the blinds, I was able to get enough of a sight picture to start shooting properly. It takes a lot of concentration because it’s not the best sight picture ever, but it’s doable. However, the cheekpiece wasn’t quite perfect – it wouldn’t come over far enough to the left to let me get a decent cheek weld. As a result my head was floating in midair behind the sights and that never leads to a decent aim. Trying to move it further left ran up against the side of the cheekpiece I had covered in cork a few years ago for a more comfortable cheek weld (I’d swapped it round a few weeks ago following Matt’s old advice on having a sharper edge to the cheekpiece to get a better weld and stuff being comfortable). So, to get round this problem, I borrowed a saw from Kimmo and cut off the half of the cheekpiece that was getting in the way. As Matt and Geoff used to repeatedly drill into our heads, if it’s a rifle part and it’s stopping you hitting the target, it’s useless and you should throw it away or cut it up or mangle it without mercy or regret until it does what you paid for it to do in the first place. So sod it. Saw saw saw! 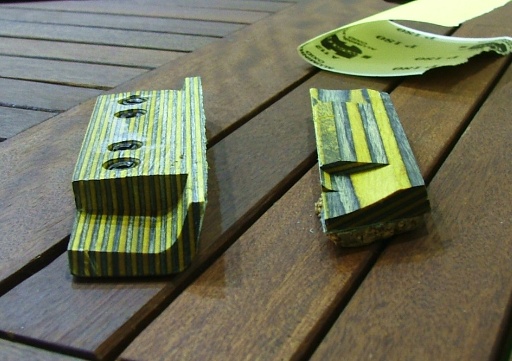 After this, Jozef came back over and we mucked about with the MEC buttplate a bit more. This is where we discovered that the MEC buttplate was broken, but with a good crank on an allen key we got the heel of the buttplate (which took the brunt of the fall yesterday) to behave itself and we could move on.

At this point, Kimmo made the major change to my position for this camp, moving the buttplate further out on my bicep and changing my foot position to bring the line of the rifle more over my centre than it had been. The position felt immediately better, and when I get the carrier plate for the buttplate properly sorted, it’s going to be better yet. Kimmo also suggested a new supporting hand position (similar to Matt Emmons’ one), but suggested I try it at home first and we’d keep training for the camp with the older hand position. We went back over the before and after photos of the position and you can tell it’s a lot more textbook now than it was before, and it feels far more stable. (Old position shown here in red): 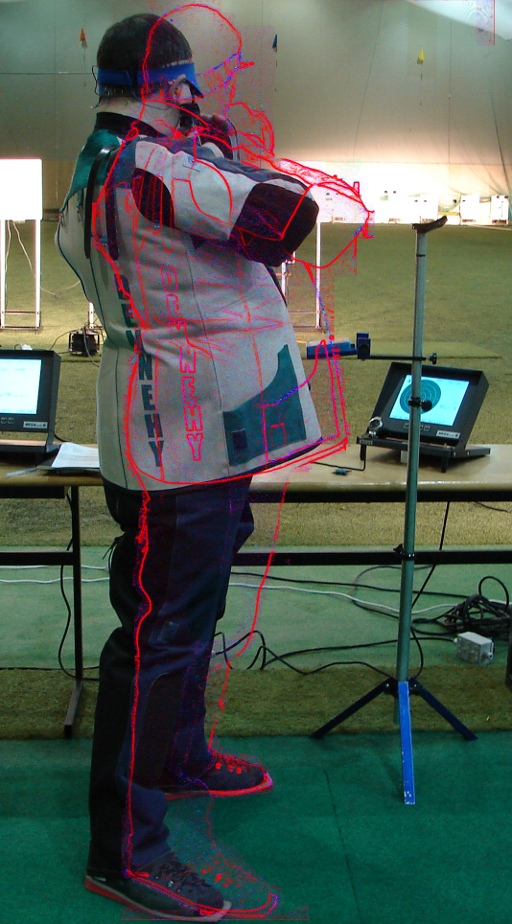 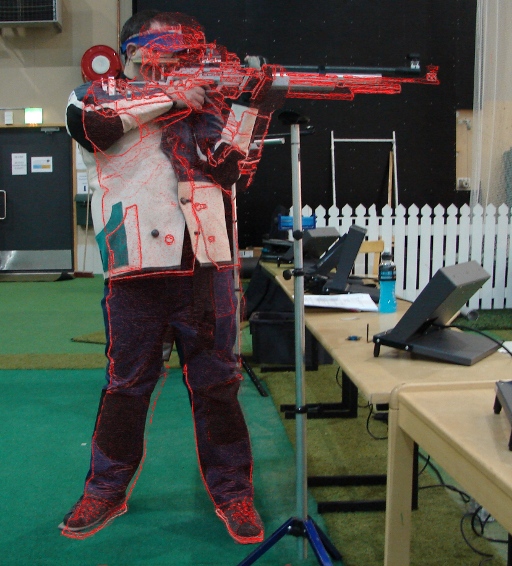 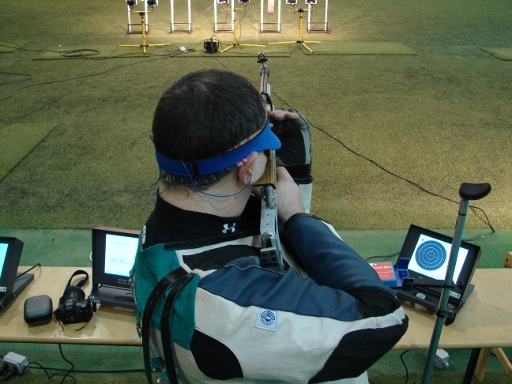 So now I’m feeling beat up, tired, weary and sore, but happy about my shooting for the first time in the camp so far. I have a sight picture I can shoot with, I have a better position that I can already feel I’m shooting better with even while tired and sore and working on a bad sight picture. 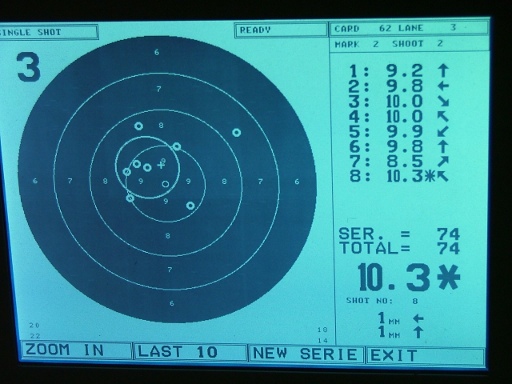 So obviously, now’s the time to take us all to the gym and get us pounded with a slightly friendly game of floorball! (At least this year it was just jostling and shouting, noone actually got their nose broken this time 🙂 ). Afterwards, it was off to the hydrotherapy centre again. For those who go to Kuortane (or anyplace that has a hydrotherapy pool), never, ever skip this step, it’s far too good at relaxing very sore muscles.

After that, it was back to the hotel for dinner, skyping home to other halves, a little TV to switch the brain off, do a load of laundry and off to bed to rest for tomorrow. Or at least we tried to do a load of laundry – you try figuring out what the heck to do here (and it turned out we hadn’t spotted the water valve for the washing machine which was cunningly hidden on the main bathroom washbasin faucet for some reason…): 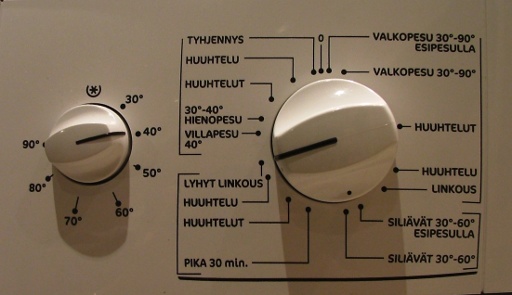