Day four, and feeling better than ever when I woke up. Either the plunge pool and steam room last night did wonders, or I’ve finally acclimatise to Finnish time, just in time to go home 🙁 Downstairs we go for breakfast, and then off to the range.

The morning is spent dry-firing and live-firing, working on shot routine after Kimmo and Jozef’s talk on the one shot routine of Jozef’s. I spent the morning standing longside Haman (currenly 5th in the world in air rifle, came 13th in Beijing) and managed to hold my own for all of seven shots (which is a good thing for me 😀 ). Jozef and I had some fun taunting him because I beat him on the first shot, 10.3 to 10.2 😀 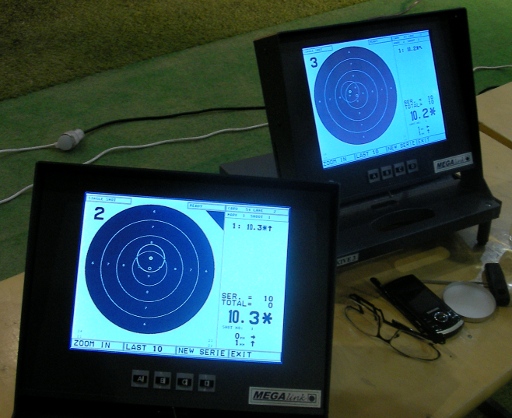 But of course, my head wouldn’t concentrate on the game at hand so I got into a bad routine after shot seven, getting several 9s and 8s before walking away. A faulty megalink cable interrupted things further. After we finally restarted, Jozef took some video footage of me shooting standing, concentrating on elbow placement. It’s a bit unnerving having someone film you – having them film you while shooting (even dry-firing) from *in front* is even more disconcerting, especially when you didn’t notice precisely where they were. The rifle was nearly dropped a second time at that point! But the footage was good, and we were dry-firing so there wasn’t much chance of causing an international incident by accidentally shooting Slovenia’s most famous sportsman!

And as with most things, there’s time for humour in the oddest places – in this case, Daniel stretching his shoulders and us suddenly recognising the resemblence to the prow of a ship… 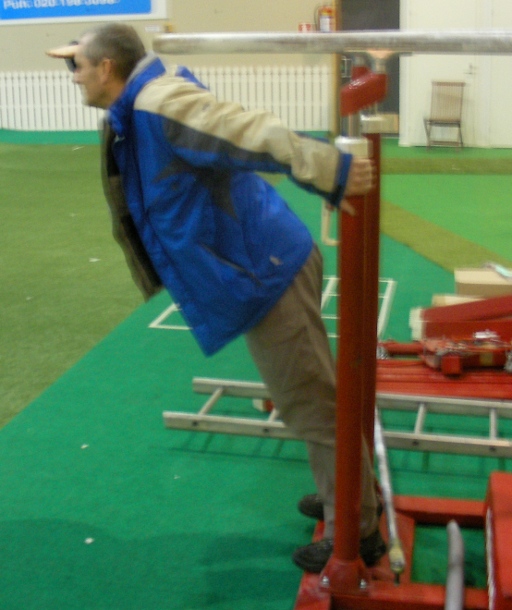 After the morning’s training, we were all quite weary, to the point where I was too tired to eat much for lunch (which was odd – we’d been wolfing down calories so far because we were burning lots of them off). It was sad to listen to the others planning next week’s training knowing I wouldn’t be able to be there as I was leaving tomorrow. Today was the last day of training for me. I spent most of lunch talking with Kimmo about shooting in Ireland and his recent training camp up near Belfast, with lots of folks I’ve not heard from in far too long, like Alan Lewis and Gary Duff. After lunch, there was more time spent snoozing after a quick email home, and then some administrivia and then back to the range for the last time.

Kimmo decided I should continue with more one-shot-routine training, and put me on the noptel to see the difference over the last few days, if there was any. There was – the trigger time is reduced a little, the hold started off better (though the tired muscles left it down a bit). I did have what I thought was technically my best shot of the week, and Kimmo caught it on video – the setup was perfect, the initial hold point was spot on, the rifle came right down neatly onto the target, I held it absolutely solid and took the shot all in 2.4 seconds. The Noptel trace looked excellent and the shot just *felt* right. 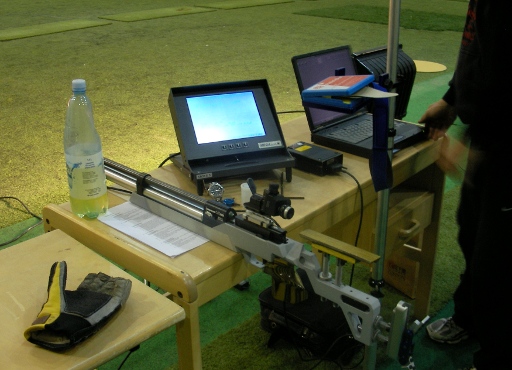 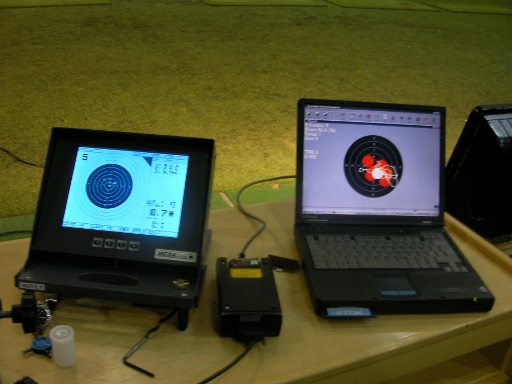 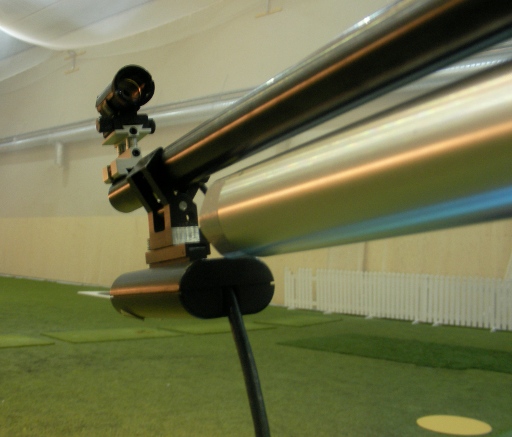 During this, we changed the buttplate again, giving the top of the buttplate a bit more curvature, not to give it a better fit when shooting, but to make sure it didn’t slip as I raised the rifle at the start of my shot routine (more video got taken of this by Kimmo). 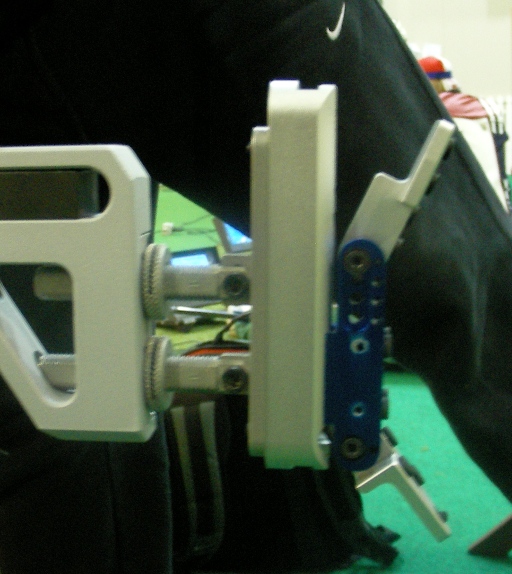 Around half four though, I could tell I was done. My legs were past the useful “too tired to cheat with muscle strength” point where you can really test technique, and were now in the “couldn’t hold on a barn door” stage. So we called a halt and I started packing my kit while the others ran a 10-shot final in smallbore for practice (and fun for Jozef who was doing all the accents he could remember from World Cups as he called out the instructions). Once the gear was all packed, I brought mine back to the hotel and the others who were shooting air rifle brought theirs to the air rifle range for next week’s training (several more air rifle shooters are landing on Sunday and Monday for next week’s training camp).

After that, it was back to the hydrotherapy center and more plunge pool antics, along with a bit of fun at one of the junior’s expense over his reaction to a young lady in a flattering swimming costume, and then back to the hotel for dinner, and after dinner some bowling (the traditional end to any good rifle training camp, obviously). Yet again we showed that Kimmo’s a pretty excellent bowler, that Jozef is seriously funny when he cuts loose to 1980s disco music while bowling, and that I am, hands down, no contest, the worst bowler in Finland. And possibly all of the Nordic countries. And maybe a few more just for good measure.

A little pool after the bowling and that was it, we headed back to our rooms and I packed for the trip home, doublechecked train times, taxi times, bus routes and my itenary (taxi from Kuortane -> Senajoki at 0930, train from Senajoki to Helsinki at 1038, into Helsinki just before 1400, luggage to the luggage lockers and I get a few hours to potter about Helsinki and see the sights and buy some presents, then back to the train station, collect the luggage and get the 650 bus back to the hotel, overnight there, then on to the airport on Saturday for Schiphol and on to Dublin, arriving tired at 2130. I hate long multipart trips…). After that, a quick skype call home and off to bed.